What is the rarest metal on earth? 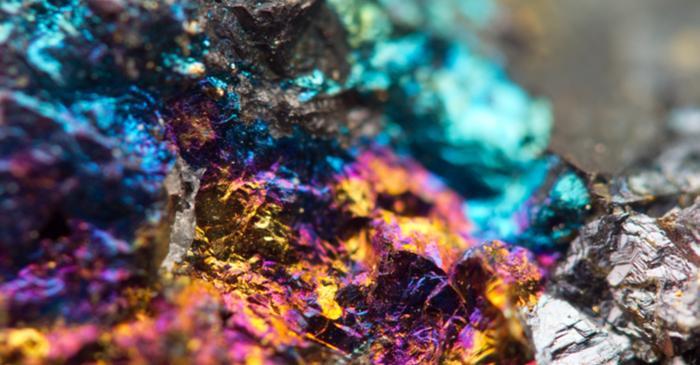 The trade war between the US and China raised concerns about global metal trade where both the sides used multiple measures in their fight. China is the leading producer of most rare earth metals and it used its status in the trade negotiation against the US that is its leading buyer.

The rare elements are difficult to process and get in the desired concentration in the ores and some have radioactive properties, which require assorted procedures for storing and processing. China continues to control 85 to 95 per cent of the production and supply of such metals.

There are multiple uses of some of the elements which are used in cell phones, portable computers, cameras, pollution control equipment and others.

Californium 252 is one of the rarest – man-made elements, which sell for $30,000,000 a gram. Only 8 gm of the ultra-expensive element can be found on the earth – while it can last in the earth’s environment for not more than 5 years.

The platinum group metals are chemically similar to each other and they are widely used in many everyday applications. They are often found in the form of mineral deposits in the automatic catalytic converters, investments, jewellery and advanced electronics.

Gold and platinum are used in fields like jewellery due to high lustrous and resistance properties and in medical devices, dentistry, aeronautics and weaponry. These are known for hardness and low reactivity.

Iridium has a super high melting point and is one of the densest of rare metals, which is also corrosion-resistant. It is widely used in automobiles and medicine fields.

Osmium is most stable and can be found in mines along with copper-nickel and iridium. Osmium can be a by-product of the mines and was earlier used in fountain pen nibs and record players due to the electrical properties. Iridium is rare on earth but can be found in abundance in the universe, hence, is linked to extraterrestrial impacts responsible for bringing the metal into the earth’s atmosphere.

Palladiumis widely used as a catalytic converter. Ruthenium is used to harden platinum/ palladium alloys as it is highly resistant, in terms of, electrical conductions and can be used for plating.

Rhodiumwas exchange-traded at stock markets and its price was at the peak level of USD 10,000 per ounce in 2008. It was then one of the most expensive metals on the earth. It is mostly available in a brittle form for physical investment and not in the form of bars of coins.

Tellurium is mostly found with gold, lead or copper. It is very difficult to estimate its reserves but is widely used in the production of fibre optic cables and the modern telecommunication systems.

What Is the Rarest Metal?

It is considered that in the natural world over 50 per cent of the elements are rare. The elements titanium, manganese and chromium that are found in abundance in the earth’s crust are also, sometimes, mentioned as rare.

Titaniumis rare because it is difficult to produce and it requires higher technological support to refine the abundant orein the form of titanium oxide.

Sometimes, precious elements are considered rare but gold and silver have always been valued since ancient times. Some minerals are part of the vitamin supplement industry.

The term is also related to the automobile and energy-saving cars with a low environmental load where Rhodiumis considered one of the rarest.

With rapid propaganda related to the exploitation of certain natural resources for monetary gains, there has been an increase in the demand for certain rare metals like the ones used in liquid crystal television and hybrid cars.

Certain internal combustion vehicles have a combination of palladium, platinum and rhodium, and some rare earth oxides serve as fuel additives and glass polishers.

Some are rare earth magnets like iron, boron and neodymium, that have an excellent magnetic property and it is used in the hard disc drive, hybrid cars, MRI and acoustic equipment.

There has been a large influx of speculative money into such rare metal markets. The export restrictions by the countries with resource reserves increase the market demand and price of such metals.

Rhodiumtrading hit above $13,000 per ounce in March 2020 that is considered to be one of the highest as the price surged over 30 per cent in the year.

The metal peaked and crashed quickly in 2008 at over $10,000 per troy ounce (oz). It is currently trading above the highest of 2008 as the demand for the metal increased in the automotive industry.

What Is a Metal?

Metal can be an element, a compound or an alloy that has a solid shiny opaque structure and is a good conductor of heat & electricity.

It is identified by properties like malleability, fusibility, and ductility. It can be hammered or pressed into sheets without breaking and can be fused or melted to be drawn into the thin wire-like structure.

The atomic structure of a metallic substance is arranged in the manner to get any of the three -.

The chemical properties of metals are

What is the rarest metal on earth?

Rhodiumis one of the six platinum group metals (PGM) that are classified as noble metal as it does not react with oxygen easily and can act as a fantastic catalyst.

Rhodiumis one of the rarest of the PGMs which occurs only up to one part per 200 mn in the earth’s crust. It has a low density and higher melting point than platinum. The metal remains unaffected by air or water up to 1112 Fahrenheit (600 degree Celsius).

Comparing the concentration in the earth’s crust

What is the world's rarest metal?

What is rhodium used for?

Basically, it is used as a catalytic converter as a part of the car exhaust system as it can reduce toxic gas emissions and pollutants.

As per S&P Global Platts, about 80 per cent of the demand for rhodium and palladium come from the global automotive industry.

The silver-white metallic element rhodium is highly resistant to corrosion and it reflects light and is often used in mirrors, jewellery and searchlights.

Rhodiumcan be alloyed with platinum to construct aircraft turbine engines or it can be used in electric connections.

Its trace amount can also be used in the production of nitric acid.

Overall it can be used in catalyst applications with plutonium and palladium to reduce car and auto emissions and pollutants.

In South Africa, about 80 per cent of the metal is mined within its borders. Rhodiumis considered to be a rare metal as its annual production is 30 tonnes and it is widely used by major economies like China and India in vehicle emission control systems.

The precious metal gold gets an annual production of over 2.5K tonnes. Gold is used as anti-inflation, kept in bank vaults for long term value and even silver is bought in the form of antiques, jewellery or silverware.

These metals have multiple electronic uses which can be extracted from electronic scrap, while, silver is also used for colour photography and is critical.

The highest for platinum was recorded in 2008 at $2304 an ounce. Both are very popular plating elements which can provide durable, tarnish resistant premium options.