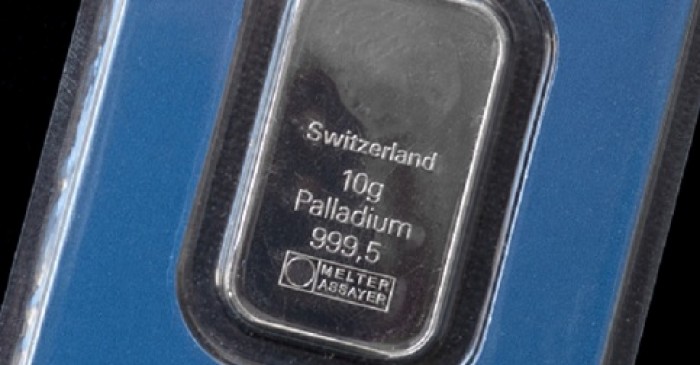 Palladium is one of the rarest metals to find from the platinum family. It is a precious metal offering unique diversification opportunity in uncorrelated assets. Both platinum and palladium are used in vehicle exhaust but palladium’s demand increased as it has a compelling supply deficit.

It was first discovered in 1803 by an English chemist named William Hyde Wollaston in South America and named the metal after the asteroid Pallas. It received its own hallmark in 2009, although, this did not become a legal obligation until 2010. There are only three other metals having a hallmark; gold, silver and platinum. It is silvery white metal, predominantly used in catalytic converters.

Like platinum, it is a noble metal - not affected by oxygen. Its exposure to oxygen does not result in rust or corrosion and the metal does not allow acids to damage it. It weighs around the same as nine carat gold. It is most commonly used in jewellery, in electronics ceramic capacitors (in phones and laptops), in dentistry and chemical industry to separate hydrogen. Furthermore, it is the main component of fuel cells that assists the reaction between hydrogen and oxygen to produce heat, water and electricity.

Palladium gained from the lows of $449.55 an ounce in 2016 to record highs of $1,600 in March 2019, over Russian plans to ban precious scrap metal exports, increasing concerns of the supply constraint market. The metal sank 17.8 percent in the following 3 weeks to around $1400 and the analysts expect the price to average at $1350 an ounce this year and $1275 an ounce in 2020. The fundamentals of the metal are strong where the recent poor car sales in the US and China resulted in price decline but the annual demand stands at 7 million ounce. Russia is the largest producer and an estimated 80% of the world’s production comes from Russia and South Africa, while, China is the largest consumer that uses about 2 million ounces in the automobile sector, followed by Europe.

What are alternative asset investments ?

What is a metal ?

How many kg in a tonne ?

What to do if a scammer calls you ?