What is the price of silver? 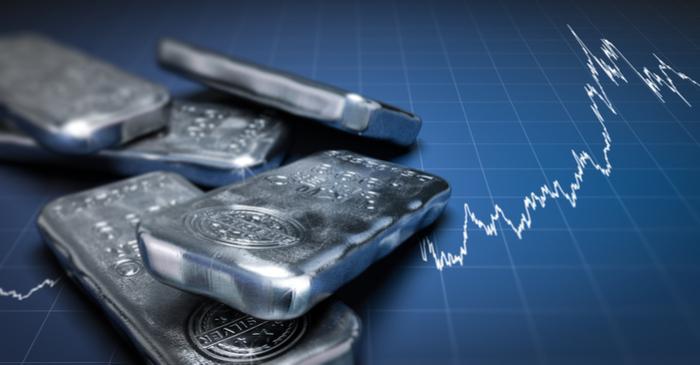 The silver market registered solid gains to a 2 year high on 26 August 2019 due to geopolitical tensions. Geopolitics has helped many metals to gain where the technical postures of the metals are bullish and it continues to invite chart based buyers.

The current factors favour September Comex price of silver per ounce UK to gain $17.62 an ounce and December gold futures to grow to 1,539.60 an ounce.

The US-China trade war is expected to reach an agreement where the US president said that China wants to make a deal and this was a great thing where the Chinese officials were unsure if there was any such thing happening.

Earlier such meetings were held between the two countries but they were unable to reach a common point.

In the case of the yellow metal - the Asian markets were under selling pressure over the US – Sino agreement news and with the news of trade agreement the US markets picked up fast.

Trump had been tweeting negatively on trade relationship with China earlier and tension and civil unrest in Hong Kong had been affecting the markets.

There is another idea under consideration in the US that the government may introduce a payroll tax cut where they may reduce the federal withholdings from the paychecks and put the money into the pockets of workers – that will enable the workers to spend into the economy.

Such temporary payroll tax cuts were supported in the past as a stimulus and if it happens it will help the government gain more support from common workers putting more pressure on the democrats.

Currently, the gains on collectables, metal or real estate are mostly due to currency losing value, while, the taxes are very high creating low earnings for the investors.

The white metal market has broken above $17.50 level and it looks like the market is expected to go higher where short term selling silver can provide an opportunity to pick up the metal at a lower price.

The American dollar is gaining against it, but it can happen that both gain at the same rate.

Degussa analysts have been talking about the gains where they have been increasing the price target of the precious metals where yellow metal is expected to be over $1,690 an ounce by the end of 2020 and white counterpart may rally to $23 an ounce.

Some reports claim the currencies are losing value as the global interest rates are almost heading to zero at all places and Federal Reserve is expected to join the ECB next month for global easing.

Initially, the investors were selling silver but the recent gains amidst the news of reconciliation between the US and China resulted in positive movement in the precious metals category.

The market remains volatile where for the last two and half month had an uptrend in the daily bar chart of the yellow metal.