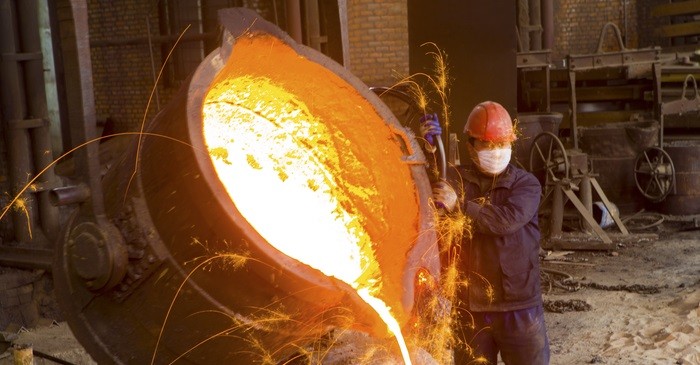 The supply of iron ore was hit by Vale’s tragic dam collapse at the start of 2019.  Vale’s inventory built up of the last year can add to the total reserves, and the entry of nontraditional producers in South East Asia, South America and West Africa can boost supplies.  The demand for steel in China remains strong in 2018 despite a slowdown in economy but in the first quarter sharp rise in the price of iron ore from $60 a tonne to $90 a tonne squeezed the profitability of the steel sector. China is the largest importer of the metal where 50 per cent of the steel is used in the property market and housing that peaked in 2017, and in 2018, imports declined 1 per cent, while, the policy transition towards scrap metal steel recycling led to downstream demands.  China’s domestic production is at 50 per cent lower levels of 400 mt. Although, early 2019 trends demonstrated a rebound in the iron ore price, it may sustain due to uncertainty over Vale production, supply shortage and disruption in market balance.

Iron is a chemical element having the symbol Fe which comes from the Latin word ‘ferrum’. It is one of the most common elements on Earth, making up the Earths outer and inner core and the fourth most common within the Earth’s crust. Iron’s great quantity in rocky planets such as Earth is, primarily, due to its abundant production of fusion in high-mass stars, where the production of nickel (decaying to the most common isotope of iron) is the last exothermic nuclear fusion reaction.

It is proven the metal was around for many years with ancient people using it as early as in 4000BC. They used it for making tools, weapons and objects of everyday use. It is believed they obtained it from meteorites. In the 1890s when Admiral Robert Peary visited Greenland he discovered Inuit had been making iron tools for many years from a 30-ton iron meteorite, fallen several centuries earlier. By the 17th-century its properties were known, but with the increase in urbanisation in Europe, the demand for other versatile structural metals increased. This led to growth in its commercial demand for expanding railroads and creating transportation links, which provided metallurgists with the financial incentives to find a solution to its brittleness and ineffective production processes.

At high temperatures, the metal absorbs carbon forming cast iron (around 4.5% carbon). The production of cast iron increased greatly in the 6th century BC, but more so in Europe during the Middle Ages, as this was when the development of blast furnaces began.

Iron is a considerably strong low cost metal, commonly, used for manufacturing machine tools, automobiles, hulls of large ships, machine parts, and also as building parts. Many structures in the modern cities, today, are made up of metallic iron. It is probably one of the most precious metals used extensively in a range of industrial applications and processes.

Iron is 4th most abundant element found in earth’s...

Certain theories related to the formation of the planet...

Titanium name represents the Titans of Greek and its...