Loss In Terms Of Monetary Value Through Scam Victims’ Wellbeing Was £9.3bn/ Year 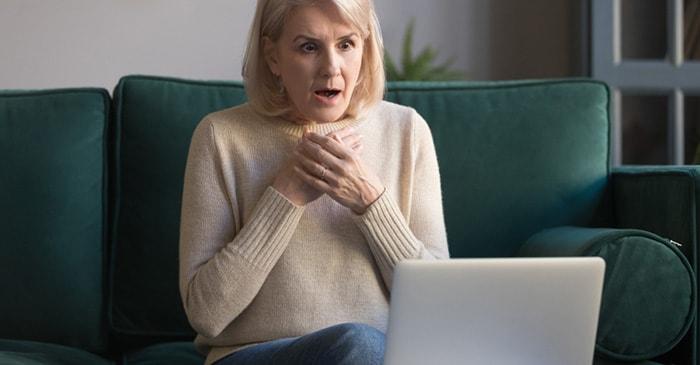 People reported suffering due to anxiety and ill health after being scammed, and the loss measured in terms of monetary loss was around £2.5K per annum per victim. However, the impact may be higher for some individuals, as the cost for those who suffered lasting psychological issues was higher.

The ONS data related to Crime Survey in regions England and Wales based on 17000 users’ responses intended to recognise the social impacts and value changes in wellbeing. The study found a decline in life satisfaction, higher-level anxiety issues, and low happiness associated with an overall decline in health.

One of the victims received an email related to the renewal of the TV license account. The target assumed it to be authentic, and she entered the credential on the websites. However, she was redirected to a spoofed website by the criminals to gain access to the data.

The criminals called her pretending to be from her banks’ fraud department. They used spoofed numbers to get a transfer of £1,500 amount into their account. Later she discovered she had been deceived.

She was upset and suffered extreme levels of anxiety which she reported to Victim Support.

After a year of struggle to get the money back, when she filed complaints and encountered situations where she sometimes felt accountable for the loss, finally, she reported to the ombudsman and got the money back as the bank reimbursed the money.

Overall such incidents lead to an immense amount of psychological and emotional harm as the victim feel defrauded.

Regulatory authorities have been putting pressure on the government to take such crimes seriously. Such experiences can have multiple long-term psychological implications, leading to other health issues, and can convert into a huge monetary loss. At the same time, its impact on society, in general, can be invaluable.

Rocio Concha, the director of policy and advocacy, is presenting the report to the MPs for the Draft Online Safety Bill Joint Committee. The draft recommends measures to counter user-generated frauds like romance scams, but it has omitted the section of ads that lead to other offences like investment scams.

As they are preparing to introduce new laws and regulations by integrating multiple innovative policies to determine the liability concerning online frauds, the laws should comprise terms to help innocent victims deceived into such deals through online adverts.