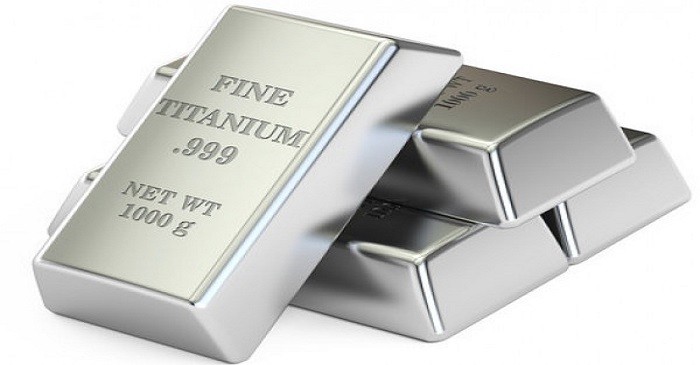 The aircraft carrier market is expected to undergo astounding developments where the estimated growth can trigger the demand for titanium uses. The growing need for green fuels and the slowdown in global economies increases the need for developing fuel-efficient aircrafts where machines with lighter parts will be required. Technological advancements support the production of lightweight vehicles, which contains a specific amount of carbon fibre. The Grand View Research finds the global titanium dioxide market is expected to go beyond $28.19 billion by 2025, with an expected growth of 8.7 per cent, where the growth in demand for coatings, paints in construction, automotive and defence sectors can expand in the market.

Titanium oxide is widely used in a number of applications due to its higher stability, anti-corrosive nature and photocatalytic properties. These are used in consumer products, sunscreens and in articulating body part implants for knee and hip. This was the metal first found in 1791 by British chemist Reverend William Gregor, and in 1793, the German chemist M.H. Klaproth discovered it as titanium. Both the researchers found the same metal but it could not be successfully isolated until 1910. It is a shiny transition metal with a silver colour, having a low density, high strength and anti-corrosive property. It can be found in the crust amongst a number of mineral deposits, mainly, in rutile and ilmenite, which are distributed in the Earth’s reserves. It can be found amongst living things like rocks, water bodies and soils. It is the fourth richest structural metal, dispersed worldwide across sites found in Australia, the United States, Canada, South Africa, Russia, Norway and many more.

It can be alloyed with other metals like iron, aluminium and vanadium, to produce strong, lightweight  titanium alloy for aerospace (missiles and spacecraft), military, mobile phones, dental implants, sporting goods, jewellery etc. It is nontoxic, biologically compatible with human tissues and bones, hence, a suitable metal for medical implant products.

Marginal Propensity to Save

Iron is 4th most abundant element found in earth’s...

Certain theories related to the formation of the planet...