Palladium and platinum regain after declining amidst market pressures 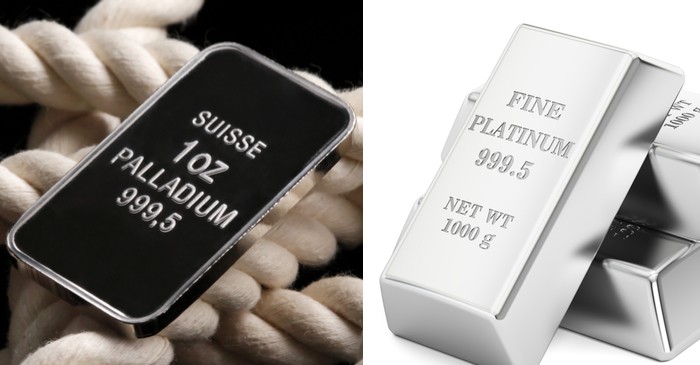 Platinum (Pt) and palladium (Pd) are different metals in many ways. Platinumis used in jewelry and is considered to be expensive as compared to palladium. Demand for these metals fell in diesel based engines and there exists a surplus of platinum, while, palladium continues to be deficient. Palladiumrates have been held in specific range and platinum fell sharply but these metals may not see record gains as observed in last five years.  Investment companies say there is prospect of platinum undergoing supply deficit stage, which can lead to rise in prices.

Palladium (Pd) rates declined in 2018, August due to trade war - which impeded automotive businesses. The leading palladium producing mines are the Stillwater Complex, in Montana and Lac des lles mine, in Ontario. In 2017, the demand reduced and production was hampered due to technical factors. On August 10, the markets fell due to the report by ECB that the European banks were concerned over Turkey economies. The rate of Turkish Lira went down and this led to gains on US dollar.  Global buying of US dollar was reported, mostly due to market volatility.

Traditionally, buyers tend to invest in goldto handle market volatility but the relationship of gold to dollar is inverse, and in the recent market crisis, gold loss during the trade.  Moscow Ruble lost 5 per cent against dollar, and overall the market plunged 9 per cent. October future of precious metals fell during this time. On August 15 2018, palladium was at 13 month low and platinum was at 14 year low, about 22 per cent weaker in the current year, due to the risks of trade war and diminishing demand.

Platinumfutures declined 0.9 per cent and palladium dropped 1 per cent. Palladiumfuture stood at $800 and platinum at $769 an ounce.  Platinumfaced one of the worst hit since 2005 where the rate was lowest in 2008 at $800. Some investors believe these metals can gain due to supply deficit in 2019. Palladiumis one of the industrial metals, which has direct correlation to the stock market as well as to the dollar. The decline in metal price was caused by dollar growth where the US monetary policy continues to increase rates, which caused decline in metals.

Reuter survey respondents expect the price of palladiumto be around $100 an ounce, 3 per cent more than 2017 and in 2019; the rates may go beyond $1016.  The rates went beyond platinum in 2002, while, it jumped 56 per cent in 2016 -2017.  The rates fell for the first time since 2002 and were all time high in January 2018 at $1138. Investors believe palladium rates in 2018 will be at $1039 an ounce, and in 2019, at $1040 an ounce. Some feel the growing gasoline vehicle demand in the emerging markets may trigger gains. The support tweeted by president Trump over dollar trade saved metals from further decline in prices in subsequent trades.

To find out more about Palladiuminvestment, click 99 Alternatives at (http://www.99alternatives.com).