Copper declined initially and bounced back on global cues 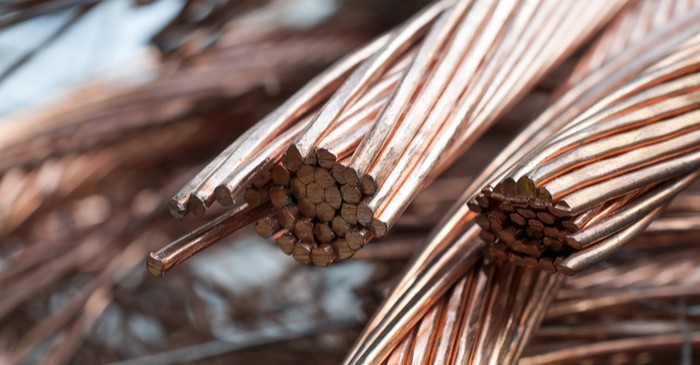 Traders have been optimistic about summer price of copperbut the market went into the negative zone and prices fell significantly in July and August mid weeks. The trade war, dollar rise and its ripple effect on Canadian mining commodities, which produces gold, copper and various other metals was apparent.  The risk of Chilean mine Escondida worker union strike - as new labour contract was expected to be signed in the August, raised risk of strike by miners of one of the largest mines of the world leading to decline in prices.  This started a difficult phase for miners, although, its futures remained positive. Hence, the stocks of copper mining companies were hit by the new lows.

US and China are preparing to progress talks to resolve trade war issue, although, there is no deadline to end the issue. Market experts believe current supply is not sufficient for the all the new demands and there exists a large deficit in copper supply to demand ratio for 2019 – 2020, but the prices are still going down and reached US$6,000. China is one of the prime consumers, whereas, US accounts for more than 8 per cent of the total demand.    Low dollar rates can influence dollar denominated commodities and this can be a reason for decline.  Turkey’s financial worries soared to European markets and other emerging markets.

Copperis believed to be a leading indicator for economic heath and market future. It has many utilities in industrial, construction, infrastructure and consumer products. The weaker data on China and trade issues hurt metal prices and commodities. This year the metal fell more than 22 per cent as there were concerns of rise in trade tensions and disruption on global supplies. The volatility of copper is directly related to risks in equities by investment experts and new low by the metal was taken seriously by the investors and fund managers.

On August 15, the metal entered the bear market where the September deliveries fell to $2.552 per pound, one of the lowest since 2017 June.

Chile’s Antofagasta believes the rate will be volatile due to global trade issues and hedge fund manager trimmed their short positions in copper on August 20.

But around August 21, industrial metals were supported by improving Yuan rates and growth in China economy. BHP Billiton profits grew sharply during this phase and it announced dividends of $0.63 per share, which gave shareholders up to $10.8 billion as dividends.  The factors led to higher price of copperas the situation was favourable for gain in price and the total revenues of the company grew 20.7 per cent.

Dollar sells off and copper 3-month delivery gained 1.1 per cent to   $5,991.50 a metric ton in the next week trade. Singapore and Taiwan ordered to withdraw copper and the cancelled warrants grew in the phase. Other metals such as aluminium gained, nickel grew but zinc and lead declined.

To find out more about Copperinvestment, click 99 Alternatives at (http://www.99alternatives.com).