Platinum to rebound in 2019 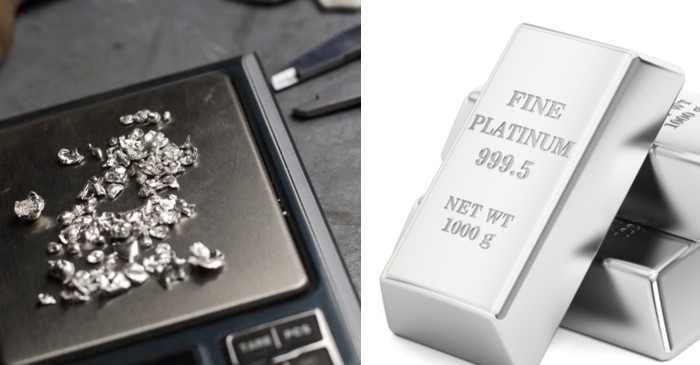 Collapse of Turkey lira had severe impact on platinum pricethat tumbled to lowest levels in the decade during August mid week trades. Dollar-priced metals are becoming expensive for all the other currencies, although, there are some other reasons for lowering platinum rates such as persistent oversupply and loss of currency value of mining country -  South Africa. Other causes for decline in rates are - its jewelry demand declined in the last few years, its use in commercial automotive industry reduced and the current supply is in surplus.

Excessive short of metal positions from fund managers led to fall in prices, although, investor’s platinum to palladium ratio is mostly determined by the industrial demand and supply rule. Most precious metals of the world ended lower in Q2, and US platinum bar price dropped 1.8 per cent to $837 per ounce, whilst, US gold and silver pricesalso dropped.

A strong dollar has been responsible for low metal prices where the supply surplus and trade war threats impacted metal rates.  A survey on 29 experts and metal traders found the rates are historically low, and may rebound by 2019.  Some of the main reasons for such low prices are - the diesel scandal, trade war and volatility in forex.

Platinum (Pt), gold (Au) and palladium (Pd) are categorised in the same segment, where these metals are used in industries, for investments and jewellery. Platinumis used in jewellery and is also highly in demand in industrial processes.

Precious metals entered bear market as the dollar rate increased where the rate of gold lowered by 7 per cent, platinum 16.5 per cent and palladium 8.5 per cent.

Platinumbelongs to PGM category of metals, which have been great performer in the past 10 year. The research of Bloomberg claims the metals palladium was best performer in 2008 to 2017, and its utility in the industrial process is set to make a new record.

Most of these industrial metals are primarily extracted from nickel mines, and about 58 per cent of its total global production is reported by South Africa and 26 per cent by Russia, while, the prime producers of palladium are located in North America.

These metals are also used in chemical processes and glass.  China introduced initiatives to reduce reliance on US for palladium – which is needed for crude refining as these metals are key catalysts in the refining processes.

In 2017 -2018, the demand contracted due to higher mine production and low consumption in diesel vehicles – as the market share of these cars reduced globally. Some investors claimed the rates will rebound and the demand for the heavy duty diesel may grow in 2019 – in the emerging markets.  The use of platinum in hard disks reduced, although, the demand in fuel cells and glass making industries continues to grow. A survey by Reuter found investors believe it to average at $983 in 2018 and $1038 in 2019.

To find out more about Platinuminvestment, click 99 Alternatives at (http://www.99alternatives.com).

Property investment is a high risk sector offering long term investments and significant growth, even in dwindling markets.  Confidence grew in London market in July, while, London prices grew 3.1 per cent in residential sector in Q2, mostly due to shortage in supply (as per TwentyCi). The asking price was discounted (as per as per Rightmove) in August by some realtors as late summer sale. On an average, UK asking price was more by 1.1 per cent as compared to 2017 and the cost of most popular residential property – two-bedrooms flat was down since 2015 but the prices in London remained 2.5 times higher than UK average (as per Rightmove’s monthly index).

UK property investors are currently discouraged by high stamp duty and no inflation, and some experts believe with low inflation the price of property will not increase in coming years. Buyers from overseas are growingly grabbing opportunities in low price attractive properties, where some investments by foreign companies are now under scan. The investment from overseas funds where the identity of the owner or beneficiary is hidden – is irking authorities. Leaked Panama Papers claim property of value £7 billion is owned by foreign companies and minimum £170 billion property transaction happened through tax havens.

Anonymous property ownership has been an issue for UK property markets, where the growth in inflow of huge funds has led to higher growth rate leading to low affordability for the local buyers. Many offshore organizations spend on UK properties and the government is planning to introduce laws to force owners of such properties to reveal their names. This will help to track criminal investment in UK property transactions.

The new regulations will necessitate declaring the owner’s name or facing criminal charges, such as imprisonment and unlimited fines for people buying or selling properties in UK. Some growing property markets have unachievable property prices due to these reasons and even the rents are increasing each year. Homeowners are vacating homes to rent at a higher rate. The figures by Generation Rent shows 216 households vacated tenants in the UK each week under no fault evictions rule (where the tenant is vacated without any ground). This led to homelessness that has tripled from approx 4580 to 16320 (in 2009 to 2017), due to rise in rents.

A number of new buyers are looking for alternative cities to relocate where cities like Birmingham offers low priced houses. Birmingham became the top place for migration for people living in high rent cities in the last two years.  Investors started taking interest in Birmingham two years back as the capital city is becoming more and more expensive.  Foreign investors looking for substitute regions are buying properties in Birmingham. The director of Savills in Hong Kong claim they sold about 100 flats in UK in 2017 and these buyers are seeking opportunities in Birmingham that provides better rental income. Enquiries from China and Hong Kong buyers surged more than 65 per cent, in the first five month of 2018 for Birmingham properties where about 70 per cent of the buyers are investors and others want to own residential property for personal use.