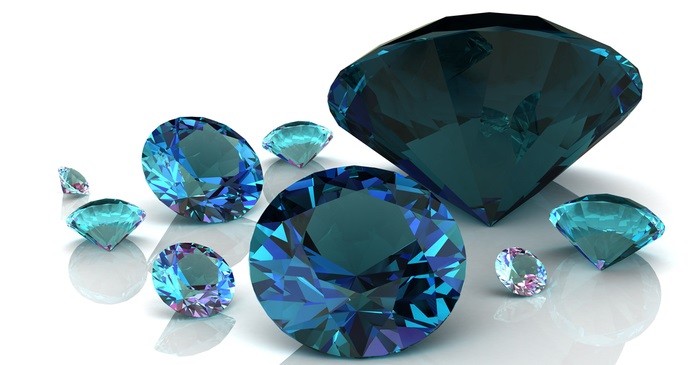 Tanzanite was first discovered some 2000 years ago as one of the loveliest transparent blue stone which is also called "the one generational gem", a December birthstone, which is rare in earth’s crust and its resources will probably deplete in the next 20 years.

The beautiful exquisitely hued violet colours in the class of gem are in tremendous demand in the jewellery markets. It is commonly linked to the antiquity associated with the stories of gods and ancient folklores having tremendous healing power and spiritually uplifting attributes. In 1968, it was first brought into commercial sale campaign by the New York jeweler Tiffany & Co.

It resembles opal but is different due to the uncommon dazzling beauty and rarity that makes it most appealing and sought-after, in the gemstone marketplace. The stone is rarer than diamond and found as zoisite - the brownish crystal demonstrating the properties of trichroism, exhibiting three colours at one time.

Its mines are located in the foothills of Mount Kilimanjaro in Tanzania, East Africa – where it was first discovered. Even today, it can be found only in the Merelani Hills in Tanzania.

It is universally desired for the ability to change shades in a different angle of viewing. The high-quality ones are mostly used in jewellery without heat treatment, and the price of the gem can be in the range of $1000 per carat.

The stone mostly forms the centrepiece of any jewellery collection and its real value depends on a number of factors, where a combination of platinum, tanzanite and diamond pendant with 18.87-carat tanzanite, can be valued in the range of $15,000 to $25,000.

The diamond and colored gemstone market continues to...