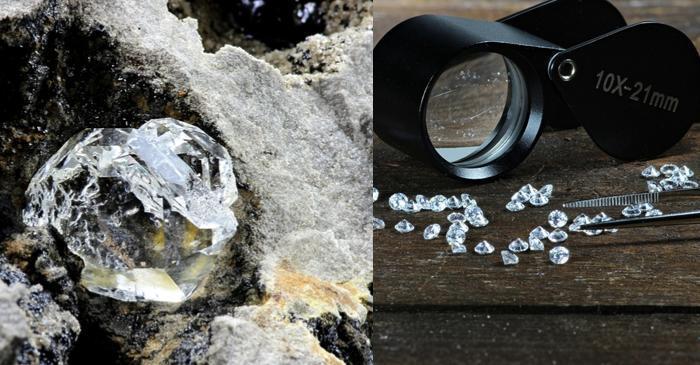 Globally, governments are changing the way precious metals and gems are trading to promote transparency in the sector. The government wants the sellers to declare the source of the item – be it diamonds or metals.

The Kimberley Process (KP) that monitors such trades said the current system is inadequate and there is a need to expand the definition of such items where conflict items can be identified easily.

The new generation buyer seeks ethical items where they want to know the full chain of custody of each such item. Last year the markets were almost stagnant but this year mining firms are optimistic and forecasting growth.

Recently, Alrosa claimed growth in the year as the buyers opt for natural ones and are rejecting synthetic lab-grown stones.

The miner said the overall perception of the buyer in the sector can be altered by some factors; nevertheless, the buyers are seeking natural stones with higher resale values instead of synthetic stones to invest as such synthetic pieces require a lot of resources to be created and are not environmental friendly.

With the changes in technologies, now the cost of creating such stones has declined significantly. Man-made stones were priced up to $4,000 a carat in 2008, and now, they can be bought for not more than $500 a carat.

These stones have witnessed a price decline, whereas, valuable natural ones continue to gain even in the secondary markets, where the buyers seek authentic ones from specified historically renowned locations.

The natural ones are endorsed by the celebrities and worn on the red carpet, and it indicates richness and luxury.

Dubai and Indian buyers are investing in Diamonds

Some international banks have withdrawn from gemstone financing but the demand for such items continues to increase in alternative regions of the world.

At the Dubai Diamond Exchange, the seller said a set of gemstones of millions of dollars can be sold in two days as the demand continues to escalate, where, the buyer at the exchange examines the stones one by one carefully.

Dubai continues to grow in terms of such trades with higher demand potential, although, in 1997, it was almost nonexistent in the city. By 2003, the sector grew to $3.6 billion and in 2017, the demand for rough and polished gemstones increased to $28 billion.

Last year VAT was introduced in Dubai, and the exemption for gemstones came in May 2018 which led to a rise in trade in the second part of the last year. Dubai is located close to leading mining countries and more people in the country are seeking competitive products.

In India, certain occasions are considered auspicious for buying expensive items, and the day Akshay Tritiya is one of the days that favor such investment.

The demand is high in the current wedding season when people spend on such precious gifts. Many buyers globally are seeking such alternatives as the market remains unpredictable with the looming fears related to unresolved trade clashes and disagreements between the US and China.