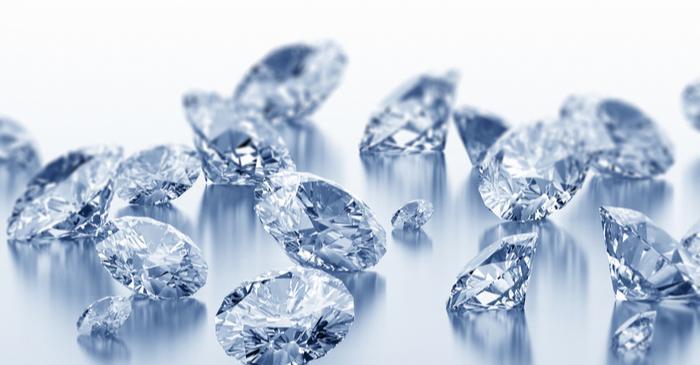 In the gemstone market, diamonds hold 80 percent of the overall share where the FMI reports show promising growth for rubies in the coming years, where the demand for customized gemstones and jewelry continues to grow and create a high potential growth opportunity in the sector.

There has been a growth in demand for luxury assets, primarily, for high-quality natural gems from consumers in Asia, which includes China, India, and Japan.

The Gem DiamondsLimited Company’s shares were up 3.23 percent due to the new high-quality discoveries. The rough stone sellers earned $169.2m in the last half-year where it discovered 910 carats Lesotho Legend diamond, which included at least 10 stones that were of over 100 carats and 25 that went for price higher than $1 m each.

The price between the man-made and natural diamonds continues to widen as the buyers seek natural stones with positive growth in value over time, having attractive resale values, on the contrary, the resale value of lab-grown is about zero.

De Beers, recently, changed the pricing strategy of the lab-grown where it was previously selling 1-carat synthetic for $4,200 and the mined stones for $6,000.

In the last few months, the company reduced the price of manmade to $800 a carat, mainly, to create a clear distinction between the two types.

It claims the changes have been made to reinstall the ones extracted from the earth’s crust, created through natural processes, that are really special for individual events like engagement,

but the synthetic ones found in several colors – pink, white, blue – as fashion accessories, can be created in labs, and are not precious, not rare and not real.

According to the company, the strategy of price change has been helpful as the high-tech diamonds prepared in the lab can be created from an investment of less than $300 a carat, although, the cost was very high a decade ago.

The technology used in creating man-made has developed in the last few years. These are chemically similar to the ones extracted from the earth’s crust but can be produced in a short duration in labs and cost less by over 40 percent as compared to the natural ones.

Diamond as an Investment

Diamondsas a collectible is a safe investment, although, it is not suitable for short-term purposes and does not offer daily liquidity, like shares, hence, the investors should keep the investment timeframe to at least three to five years to gain.

They should have a clear knowledge of the real difference between jewelry and diamonds, where the gemstones can be held in smaller storage units but jewelry and other collectibles like artwork may require proper storage and insurance policies.

Some government rules do not allow diamonds to be held as jewelry or be transported anyplace, while, most investors hold it in bank vaults or personal safety. Sensible diversification where the right value of the stone has been estimated before investment can deliver positive growth in the future.