Reasons to invest in Silver 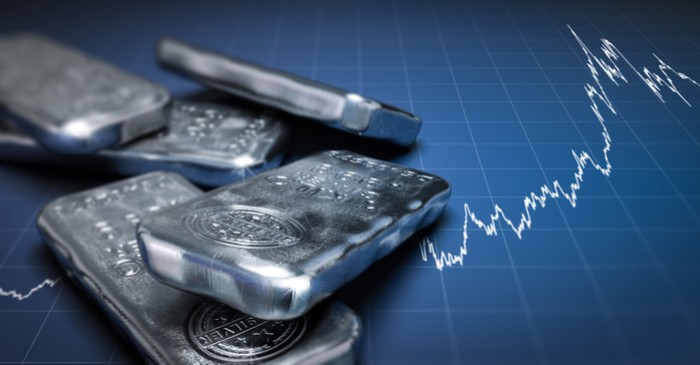 Precious metals provide long term assets which witnessed consistent growth in price, since hundreds of years, and these prices are directly related to inflation, growth in rates and increase in demand. Last rally of precious metals was witnessed during 2016 first half.  The key macroeconomic factors responsible for precious metal rally are the risk of debt crisis and deflatory pressures. Silver (or   argentum (Ag) in Latin) has many benefits. It has no counterpart risk, which means, one does not need to make a complex business contract involving various regulatory provisions, partners or risks, to hold silver, as in the case of bonds or stocks. Silveror gold like precious metals do not default. These are physical assets which can be held in real, and it provides long term investment with stable growth. These metals were used in coinage during historical eras, and held significant value. These have revalued itself with time, which does not happen in the case of paper money.

The world is growingly becoming dependent on paper currency, debit card and digital transactions, where one cannot rule out the risk of crisis or loss due to unforeseen factors, such as changes in forex standards, economic crisis, bank defaults, downturns etc., whereas, physical silver or gold are assets which can be carried to other places, and everywhere you get the same value for these metals.

Currently, the price of silver (Ag) is not unfeasible, which supports investing for diversification purpose. It is reasonably priced as compared to other industrial metals and some investors holds huge volumes of the metals, which have given excessive growth in the last 10 years.  In the bull markets, silver, sometimes, performs better than gold.  Gold gains in the years from 1970 to 1980 were 2328 per cent but silver returns were more than 3000 per cent. From 2008 to 2011, the gains on gold were up to 166 per cent and silver 448 per cent.

Globally, stocks of silver (Ag) are falling but the demand is increasing. Most government treasuries do not hold large amount of silver. Only a few countries in the world such as US, China, Mexico and India hold silver in large amount. Global government-owned silver inventories lowered by 73 per cent in the last few years, at the same time as, its factory demand grew, predominantly in solar panels and batteries, as it is one of the metals which has industrial use due to thermal conductivity, electricity conductivity and reflective properties.  Highest per cent of silver is used in electronics products, batteries, solar panels, biocides etc.

At least 1/3 gm of silver (Ag) can be found in mobiles, and demand for such phones is expected to grow in coming years – that will raise the demand for silver.

Self heating windshields, in some new vehicles, have ultra thin layers of silver which prevents glass freezing.   It is a key component of photovoltaic cells and can be found as a catalyst for the production of some industrial chemicals, plastics etc.

The mine production of silver is reducing and its secondary supply is also reducing.

To find out more about Silverinvestment, click 99 Alternatives at (http://www.99alternatives.com).