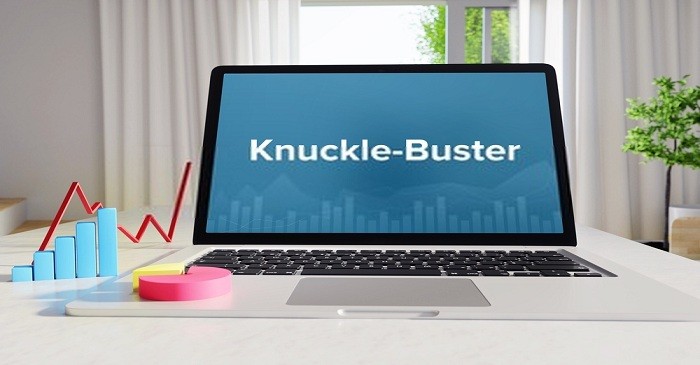 A manual credit card imprinter is called a knuckle buster or a zip zap machine that was used to create multiple receipts by sliding handles.

In the 1960s, such machines were found at banks or commercial payment units, where the clerks would place the customer’s card in a slot under the inked paper and slide a press over it to get the imprint of the information embossed on it.

The shopper would then sign the slip of agreement. Many banks make use of such options for giving credit card advance financial.

The electronic cash registers were introduced in the 1970s that replaced manual transactions and in the 1980s; the standalone payment terminal was introduced.

In most such transactions, the credit card is placed at the bottom of the machine and the receipts can be found on the top.

The user then slides the handle across the machine and back to make the impression.

The terminal is used by merchants under the counter as an emergency stop.

How it is used?

A manual machine requires – a machine/imprinter, paper of receipts and imprints, and the method to process the transaction or the merchants’ account with appropriate software and hardware.

To accept a credit card in person, the terminals process is preferred by most of the low average ticket merchants or retailers.

The Virtual Terminals are considered better than physical swiping of the card.

If the customers’ require a paper receipt, it can provide the receipt to the donors through standalone terminals.

This method provides an easy and fast way to deliver services.

Such imprinters are still being made and are not very expensive. The knuckle buster can cost below $50.

Knuckle buster or imprinters’ are used in certain limited conditions as it provides a great backup solution, in case the terminal goes down or lose power but such system carries all the data of the card and this can pose security risks.

It was long left by the merchants under the counter for use, especially, for an emergency.

It emerged curiously due to credit card frauds to accommodate such transactions following the merchant data breach.

There have been many breaches, recently, that affect major retailers and card data collected electronically but inadequately securing such data can lead to costly problems.

Such imprinters are not used in the modern system of digital currencies and payment systems but are ready to emerge to deliver secure and convenient systems for the customers.