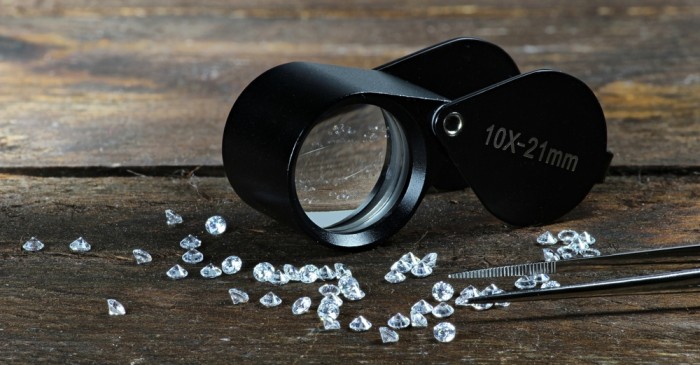 Diamonds, like rubies, are known for their wealth and beauty. They were first found and very much loved in India. They were mainly found in the country’s rivers and streams. It was estimated that India started trading diamonds as early as the fourth century BC; they were mainly brought between India’s wealthy classes. Over time this changed and the Indian diamonds soon found their way across the globe with other expensive merchandise. They were found in the Western Europe caravans, which travelled to Venice medieval markets. By the 1400s, diamonds became a more fashionable accessory for Europe’s upper class.

Diamonds are luxury possessions, a symbol of wealth and prosperity, representing a huge fortune in a relatively smaller unit, cherished by the humans for thousands of years, where the popularity of some rare pieces has increased in the recent decades due to their affiliation with celebrities, royals and fashion accessories. In the last decade, the value of some unique cut stones has increased substantially where the rare diamond, the Pink Star, is now worth $71.2 million; in general, the price of the rough diamonds grew 33.7 per cent.

The passion for buying such stones is not just driven by economies; these offer the rare opportunity to hold tamper resistance portable smaller transparent units of investment. The buyers seek alternative investment into such a stable asset class to reduce risks but they should have proper knowledge of how the market functions. The key benefit is the investment is made into a compact item, which can be stored and transported easily, and is inflation proof. Their values increase after some years and the price does not decline on regular use.

In 3 years starting 1999 till 2011, the price of 3-carat diamonds grew 145 per cent and the price of 5 carats by 171 per cent (the Rapaport Diamond Trade Index).The market that was earlier restricted to a few buyers and sellers is now growing rapidly due to higher returns and growing demands that has been increasing in the US and China, where every event of celebration is marked by the exchange of diamond gifts, for this reason, the demand is expected to grow at the rate of 1 to 4 per cent till 2030, on the contrary, the supply is expected to increase by 0 to 1 per cent.

The key reserves of these stones are declining across the world as the underground volcanic kimberlite pipes are difficult to find and today most of the stores are depleted. The majority of diamonds which were discovered a decade ago form the main source for buyers, and the natural diamonds even smaller than a carat can be more valuable than the lab-grown that have zero resale value.

There are several institutions offering authentic ways to trade it, and grading institutions provide reliable truths about the origins and other details, which can be accessed in the form of the lab reports. The Kimberley Process Certificate shows its reliability and uniqueness, which can help to ascertain the real market value. Diamonds cannot be traded on the spot price. Investors need to know more about the 4Cs and other qualities, and should be ready to make a long-term investment in such assets.

Pearls and Diamond trade - the age of Recommerce

Pearls and Diamond trade - the age of Recommerce, The...