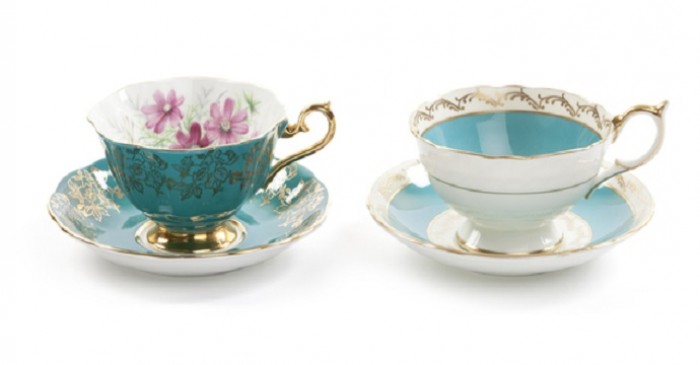 The investment in collectables like bone china requires exploration into the kind of products available and the real market value of the items. Each such item can be categorized differently depending on the origin where the quality of such products should be highly superior to qualify to be a collectables. For example - The price of Reed & Barton Francis I Sterling Tea and Coffee was not less than $30,000 in 2000, but now the price has declined to $10,000. The luxury use of bone china articles has now significantly changed, overall its market is pretty complex where there are many names and brands, and one cannot expect to gain retail price for such items.

Some of the best porcelain items are made by Meissen, Minton, Wedgwood, Sevres, Royal Copenhagen, Crown Derby, Herend, Worcester and Doulton. Within those makers are ranges of desirability and therefore value. Their sets have the identification mark which was not there until the 20th century.

A fine bone china collection includes saucers, tea trios, tea plates and other tableware, where the Royal rituals and dinner parties are officially served on a theme inspired bone china collection. The vintage 1990s hamper / tableware with vacuum flasks and Royal Grafton bone china tea cups and wine glasses set of 4 each can be currently estimated in the range of £500-700.

Such luxury products are offered in the range above £700 where a 4-piece tea set with varied imprinted colours and classic shapes has stunning looks and impressive designs.

The Spode’s blue and white collection is highly popular in royal dinner parties, which was first introduced in 1816, and it can also be bought by collectors who wanted to get historically valuable piece of dinnerware and teapots. The first such pot was developed in the 1790s, although, the ones that were made from bone china or English porcelain were, initially, from China and later were made in England where the mud from china was replaced with animal bones powder called the fine porcelain. The component kaolin was used to give shapes to such articles. The articles were heated up to 12000C. This was a labour intensive process and hence, was linked to high-value luxury collectables.

Why liquid assets are necessary for financial planning?

Why liquid assets are necessary for financial...

Millennial collecting Cars from the 1980s and 90s

Young Buyers keen on Vintage Cars more than other..

Young Buyers keen on Vintage Cars more than other...

How to start a Coin Collection?

How to Start a Coin Collection, Coin collection is a...