What does Ore mean? 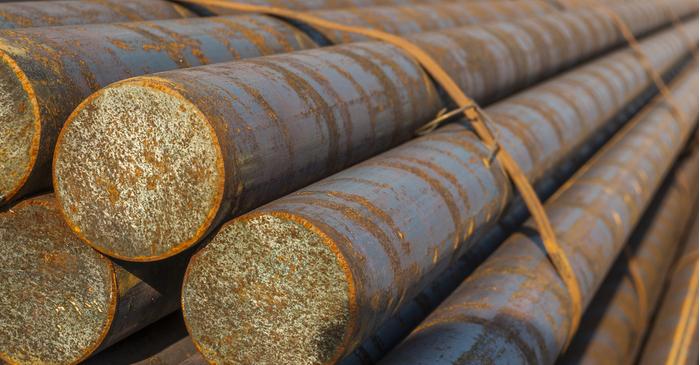 Rocks may contain utilitarian material which can be valuable enough to be mined. The rock containing metal or gems requires separation at the time of extraction to get higher economic value. Rock is a mixture of elements. It can be a mixture of granite, quartz, feldspar etc. It can be a naturally occurring solid which has a crystalline structure with a certain formula like Al (OH) 3. An extract from mines contains minerals in a certain amount and if the amount of mineral is high enough, it enhances the economic value of it. Bauxite is an aluminium ore. It is a heterogeneous mixture of different metals, minerals and materials like iron oxide, silica and the ore is refined to produce a metal can be used in our everyday life.

Pure iron is mostly a greyish-white element and is never found by itself in nature. It can be found on earth through a fall from the sky and is part of mineral rock, which contains many elements. Iron oxide is a common mineral. Rocks may contain a higher concentration of iron and it can be found close to the surface. In ancient South-East Asia – iron weaponry has been discovered in excavations which shows its use before the 16th century but in European countries, it came around 1700.

The Asian and Middle Eastern iron contains carbon which makes the weapons hard but the European started with making the metal by removing carbon which led to the formation of the soft element which could be shaped, hammered or wrought. Almost 2.2 billion metric tons usable iron ore contains 1.4 billion metric tons of the metal. Steel is believed to be a critical material used in making buildings and it is also traded as a commodity.

In April 2019, Fitch Ratings stated that the rise in iron ore prices can be over $90/dmt in the month which will be able to provide windfalls for global iron ore producers by 2020. The price is expected to stabilize to $75/dmt. The rating group does not see the price going below $70per dmt.

The global demand for the metal is expected to remain constant in the country China which accounts for over 60% of the global iron ore consumption. Declining supplies and higher demand has been creating the condition for higher prices. However, in the last few months, copper remained under pressure where the price for three-month delivery declined 10 per cent and it struggled to retain the value of $6000 a tonne. Iron ore was 39% up and copper was just 3% and was trying to retain the value with a lower gain in May.

Impact of the trade war

In the last few months, the trade wars between the US and China, and accusations from both sides supported a growth in the prices of precious metals but industrial metals were down because of the slowdown in global economies and industrial production. Markets were smashed due to escalation in the hostilities between the two nations and in the last weeks of August the US said China was currency manipulator as Yuan suddenly fell over the new round of tariffs imposed by the US. The new round of tariffs by the US on Chinese goods affected the share markets and resulted in Chinese retaliation with the devaluation of Yuan and ban on the US agricultural goods.