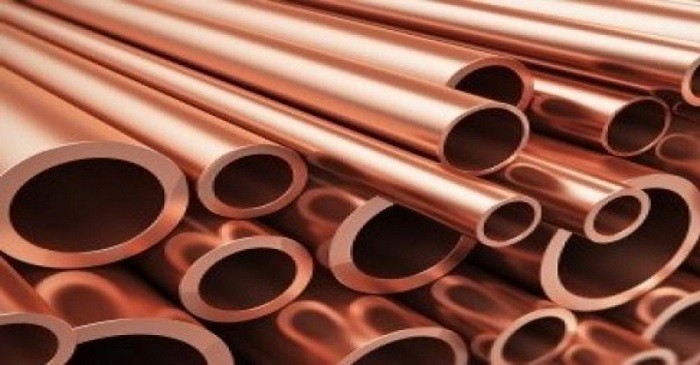 Copper metal is a soft pure reddish-orange metal first found in Mesopotamians, around 6000 years ago. Its price is often viewed as one of the early indicators of economic health. The demand for the metal grew 3 per cent in China in 2018 with growing investment in the power grid and automobile sector, and the announcement of the Chinese stimulus package has been beneficial to the metal sector, in general.  The industrial metal sector is expected to increase electric vehicle production, which requires two times the amount of red metal as used in internal combustion engines. The world is expected to drive on green machines in the coming decade and this can lift the demand. The International Copper Association expects its demand to reach to 1.74 MT in 2027(from 185 KT in 2017).

The red metal was under pressure over uncertain outlook from China, one of the biggest consumers but it bounced off from 18-month low in January 2019, and continues to gain. The price hovered at $6,500 a tonne in the first quarter, where the consumption is expected to increase and no fresh investments in new mining projects have been made in the last year. With the copper ore mine supply disruption reports from China and reports of recovery in China’s economy, the metal is expected to gain in future.

Historically, the Mesopotamians, Egyptians and Native Americans used it for its visual appeal that was similar to gold and silver. It was used for decorative items, like other precious metals. There is evidence that shows gold and meteoric iron being the only metals used by humans before copper.

The name comes from the Latin word cuprum, which means, ‘from the island of Cyprus’. It has a very high thermal and electrical conductivity, hence, is used as a conductor for heat and electricity, as a building material and is also used with various metal alloys, such as sterling silver used in jewellery.

When copper was first discovered it was, mainly, used as a component of coinage in many different countries, and it is very much still used for the same reason, but now it has been identified for many other uses apart from coinage. It is used in construction work, power generation and transmission, electronic product manufacturing and the production of industrial machinery, ACs and vehicles. It is used in everyday heating and cooling systems, wiring and plumbing and telecommunication links. Copper rotors have also been found to increase the efficiency of electric motors, which is a key purchaser of electric power.

What Is Investment Appraisal?

Economists have mocked gold in past and some of the top...