Tanzanite – investing in the scarcest gem of the century 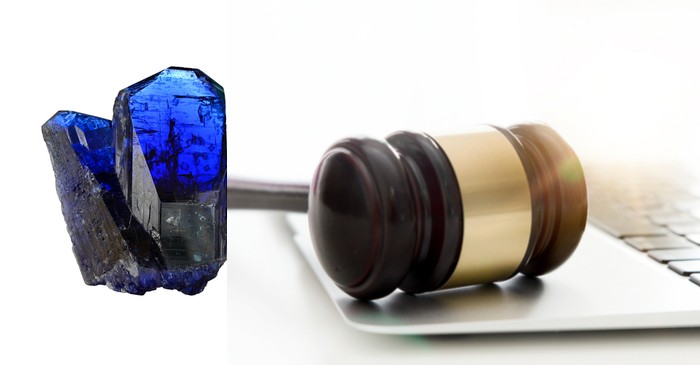 In 1968, Tiffany & Co. was the first to showcase a stone as a rare gem, which was blue in colour with violet hues.  The attraction of the stone was identified when it was first set into these two beautiful rings (made from Manuel de Souza’s stone). Exclusive design was seen in the Stauer’s Karatu TanzaniteRing. The unique structure and property to change colour, shades depending on the angles and the changed view could be observed in the stone, which was set in silver.

It was believed to be a sapphire when was first found by a Masai tribesman in 1967, at the Mount Kilimanjaro (Tanzania) as a transparent blue stone, which was of completely different in composition and structure from other precious gemstones, and was initially called blue zoisite.  The stone had multiple colours and its property of changing colours (called pleochroism), distinguished the stone from other rare gemstones.

Since, it is one of the rarest gemstones, the mining sites depleted very fast, and now it can be found only in one of the mines of Merelani Hills in Tanzania. The mine extends up to 7 kilo metres and is 2 kilo meter wide where the security has been enhanced by the local government to prevent alleged smuggling and tax evasions from the sale of such stones. These are some of the stones widely sought by the investors and collectors, and are almost in the phase of depleting completely from the mines of earth.  Price of tanzanite varies in US $ 700 to US $ 1000 per carat.

Government sale and auctions of Tanzanite

Last year an auction of the stone was held by Tanzania, which involved the State Mining Corporation and its aim was to help local miners to get competitive price for their stones and restrict frauds and smuggling of the stone.
In 2018 March, Hong Kong hosted the jeweller auction event of 5 days where diamonds and raw material for stone jewellery were exhibited, which was attended by more than 4550 exhibitors from 52 countries. Jewellery in florals design in tanzanite, amethysts and Royal Garnets was also showcased at the auction. The pink and blue diamonds fetched the highest price, followed by these rare stones.

Firms such as Kidee Mining are involved in mining tanzanite at the Mererani sites in the Simanjiro district of Tanzania where the miners were suffering from various types of health issues due to poor conditions at the mining sites.
Recently, modifications in the way the stones are mines have been made where machines imported from countries such as China, South Africa, India and Zimbabwe are used for the fast removal of stones and for the quick extraction of minerals from the mines. These offer environmental-friendly methods of mining and also reduce health risks.

A 7-meter wall has been constructed around the mines and the government installed local army to prevent smuggling, under-reporting of the production and related low profits. It is assumed since 1998, the country lost up to 75 billion euros due to tax evasions.