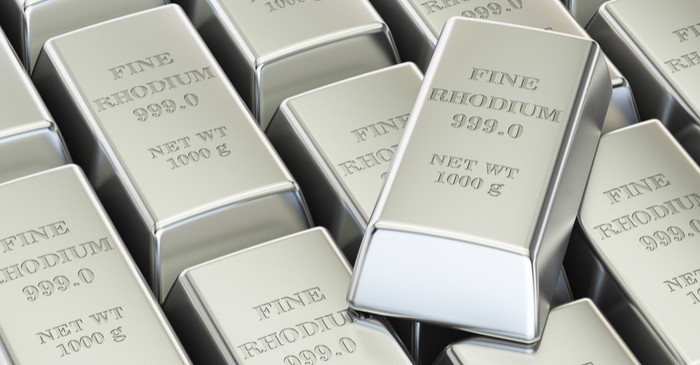 Rhodium (Rh) is a lesser known highly volatile metal and its price surged 23 times from 2003 to 2008 to hit $10,000. Platinum (Pt) is considered most suitable in terms of investment but its utility is mostly restricted to diesel based vehicles. Both platinum (Pt) and pallidum (Pd) tumbled after reaching all time high. Rhodiumhas similar pollution reducing abilities, and is used in gasoline based vehicles. Its prices fluctuated in the range from $800 to over $1800 per oz in the last year.

South Africa is the leading producer of these metals. Demand of Rhodiumgrew in 2008 due to electricity crunch leading to exceptional growth in prices. Platinumreached the highest in 2008 to $2308.80 per ounce and pallidum to $1133 per ounce in January 2013, while, rhodium was over $10,000 per ounce in 2008.  Rh has been exposed to speculations leading to extreme volatility in price.

The mines in South Africa contain platinum 60 per cent, pallidum 30 per cent and rhodium only 10 per cent. This is one of the rarest metals where the demand can be more than supply. Metal market price is highly complex and cannot be predicted straight away by localised or global changes. Some of the major economic crisis in the world i.e. the metal crisis of 2012 and 2008 housing and economic downturn raises security concerns in high-risked asset class.  Risk factors related to crisis are being studied by experts who are trying to examine the complexity of metal trade.

Rhodium (Rh) has many unique properties. It can resist extreme temperature changes and is better than platinum in removing nitrogen oxide.  This is a by product of platinum mines and is silvery white - set to get pricier than ever. Since there are no primary mines of the metal, cut in supply can significantly lead to rise in prices.

It offers opportunities in rare metal category, as an outperformer as compared to palladium or platinum.  It has a smaller market and is not affected mostly by the sentiments of market and hence, it has no future contracts.

It has only a few physically backed ETFs at present. Deutsche Bank started a rhodium ETF in 2011 with Standard Bank (of South Africa) in 2015. It is not only just used in gasoline vehicles but also in many electronic goods, and Ruthenium is used in aerospace business due to high temperature tolerance.

The demand of these metals in vehicles, to regulate emissions will always keep the demand growing in market as more and more people are buying cars and personal vehicles. UK and US government are specifically very strict in relation to pollution control and this will strengthen the market value of these metals.

To find out more about Rhodiuminvestment, click 99 Alternatives at (http://www.99alternatives.com).