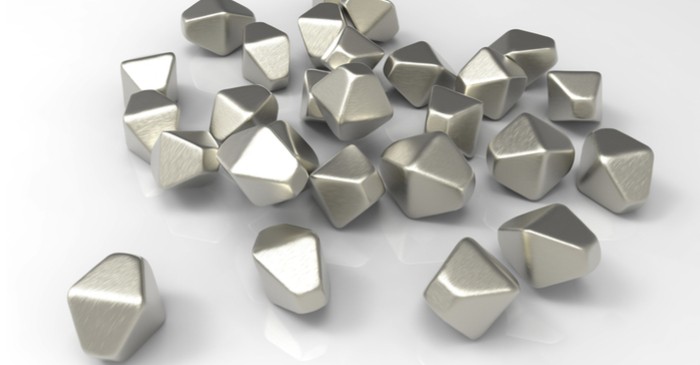 Titanium (Ti) mining profits grew in H1 2018. The miner Kenmare Resources Plc claimed the gain was almost three times in the first half of the year as the company was able to ship a number of finished goods to Asian markets predominately China. It is a Dublin based company having mining operation in Mozambique and the company’s growth comes after a downturn in the last quarters caused by decline in mineral price. The company provides the Ti and Zircon for plastic, ceramics, paints and various other uses. The mineral zircon rates were up 47 per cent and rutile grew 20 per cent in the first half of 2018. During the trade in August it share price rose 2 per cent.

Various other mining companies e.g.  France based Eramet reported profits in H1 2018.  The profits of the company grew 15 per cent in 2017 as sales were up 1 per cent y-o-y.  The company experts claim the key problem created by trade war was poor visibility and volatility of raw material price. The mineral such as Nickel used in steel rose at London Metal Exchange – in H1 2018 by 42 per cent.  The analytics believed there are different combinations working in the market, strategic positions, profitability and inventory. The company hold 98 per cent in Australian mineral - Mineral Deposits and the acquisition was, mainly, to consolidate the TiZir operations. Senegal and Norway – TiZir supplies to pain industries.

Titaniumis one of the minerals considered significant for US economic security and President Trump identified it to be critical and categorised with scandium and niobium to be produced domestically.  US aim to be self sufficient in production of these minerals.  At least 35 non-fuel minerals have been recognized by the government which are critical for the economy and security of the country. The mineral has been added to the America’s first program where the reliance on foreign imports will be reduced significantly, especially, in conditions where at least 20 out of 23 – minerals from the list are coming from China.

There minerals are used in a number of applications - at least 50 per cent in aerospace projects, where it is used in the form of alloys with other minerals such as iron, aluminium and molybdenum. About 47 per cent of the global titanium is produced currently by China (as per 2016 stats) and Brazil produces 92 per cent of mineral niobium.

Chief economist in US state the country sits on vast mineral researchers which is more than combined mineral resources of Russia and China. The recent mining figures of US claim the contribution of mining increased US GDP from $330.4 billon ( in July 2016) to $387.4 billion ( January 2018). But the report also suggests the country lacks reserves of minerals titanium, scandium and niobium for long term production.

Some trade experts believe the apparent initial benefits of trade war may not sustain long. Multi level supply chains have been disrupted by initial alterations and it is unclear how the market will grow.

To find out more about Titaniuminvestment, click 99 Alternatives at (http://www.99alternatives.com).