Palladium forecasts and gains in 2019 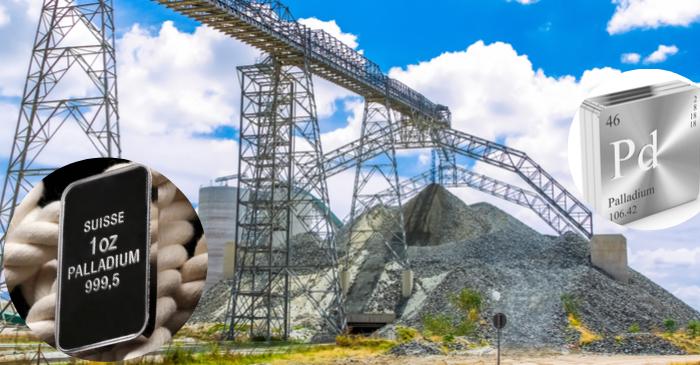 Palladiumgained in the first week of December 2018 on tighter market fundamentals where the supplies were flat, demand was growing, and there is growing speculative interest in the metal across new global regions. The metal is used in emission reducing auto catalyst vehicles and is expected to remain in deficit in 2019, where it has one of the strongest supply/ demand fundamentals.

The gold palladium ratio was narrowest in the recent weeks where some believe it can trade higher in comparison to gold, especially, if the production remains muted for longer duration. Also, the growth in demand as catalytic converter, especially, in US can raise price on supply/ demand aspects. Gold and some precious metals can get a new high in the coming year as it works as a safe-haven asset during market volatility but the growth may be seen only after the second quarter.

Year of gain for Palladium

The metal surged 50 per cent in the third quarter of 2018 and reached above $1,255.12 an ounce surpassing gold for the first time.   The loss of petrol engine models, and increase in demand for diesels engines has led to rise in palladium demand. The metal is also used for making surgical instruments, dental alloys and other types of electronic devices. Its demand as a catalyst, and its constrained supplies led to shortages where the demand for catalytic application reached 8.5 million ounces in the year.

About 40 per cent of the metal comes as a by-product of platinum mining and its production has been declining due to increase in cost. Mining of palladium was disrupted in South Africa due to worker disruptions and prices remained disturbed during the year. There are other global mines such as the Norilsk Nickel that is planning to invest $12 billion in the next five years to increase its production. About 80 per cent of the global supplies come through Russian and South African mines. The demand for the metal from China can increase rates where the supplies are currently tight.

Palladiummetal group are heavily dependent on automaker market where the gasoline powered cars are cheaper and such metals are expected to remain a part of the gasoline powered market. The metal gained in the last months of 2017 and there is little chance of substitution of the metal. Some experts believe palladium can become precious as gold in the coming years due to increase in demand for pollution control.

The Standard Chartered palladium forecasts show a deficit of 756,000 ounces in 2019. The palladium prices are expected to remain ahead of expectations in the next year, where the average full year prediction is made at $1,058.

To find out more about Palladiuminvestment, check 99 Alternatives at (https://www.99alternatives.com).