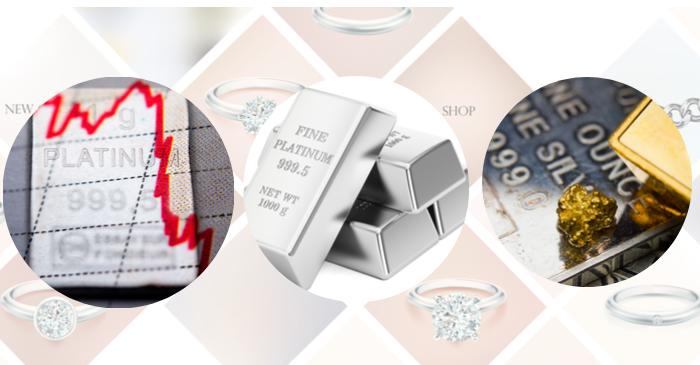 Diesel power vehicles were growing in China but such vehicles have been losing markets, and even the demand of jewelry softened in 2018. The main source of platinum (Pt) demand, which helped to increase the price, is the jewelry demand. Platinumwas trading above palladium before 2017 but in the last months the relationship has reversed where the investors are migrating from platinum to palladium. The forecast states increased metal recycling and a low support for substitution of the metal with high priced alternative metal.

Platinumlowered to $800 an ounce to nearly 15-year low in the mid of the year 2018, where investors lost interest in the metal ETF holdings and other investments mainly, after scandals in low emission vehicles. The per-ounce price of the metal was above palladium (Pd) since 2001, until 2017. Toyota was first such vehicles, with its launch Mirai in 2015. Fuel cell vehicle Volkswagen was launched by Hyundai to support the technology. The use of expensive metals increased the price of such vehicles, while, these vehicles are not only expensive but even under developmental process. Platinumprice remained under pressure in the year 2018 as the supply was greater than demand by over 500,000 and as per forecasts, it may remain oversupplied in 2019 by 455,000.

How to invest and trends since 2008

Platinumis one of the rarest industrial metals, also used for making jewelry. It is expensive, in terms of, mining as compared to gold and other precious metals. It has myriad industrial uses, and in August 2018, the price was below $755.70. Investor buys coins and bars or ETFs, to invest.  Some analysts believe the rate of the metal may increase in 2019, though palladium may gain more in comparison, mostly, because the metal is under demand / supply deficit and platinum is undergoing an oversupply phase that led to losses in 2018.
Since financial crisis, the markets across the world faced lowering asset price, which led precious metals downside (as traded on the COMEX and NYMEX). However, the price of gold was below $681 per ounce in October 2008 and now the rates are over $1250 an ounce. Other metals Silvermoved to a low at $8.40 per ounce in the month of October 2008 and now after ten years the rates are 76 percent higher at $14.80.

Standard Chartered expects platinum to rise above $930 on an average for the year 2019 and $960 in 2020. It expects the supply to fall to 253,000 ounces in 2019. The bank said the metal is historically low priced in the current times, cheaper in absolute terms and also, in comparison to, other precious metals such as gold and silver. The 2019 forecast by the Focus Economics is at $886 an ounce, and for 2020, the rates are expected to be around $964 an ounce. Commerzbank expects the price of the metals to rise to $900 by the end of year 2019. Another firm Natixis expects the price to be on an average full year at $875.

To find out more about platinum investment, check 99 Alternatives at (https://www.99alternatives.com).