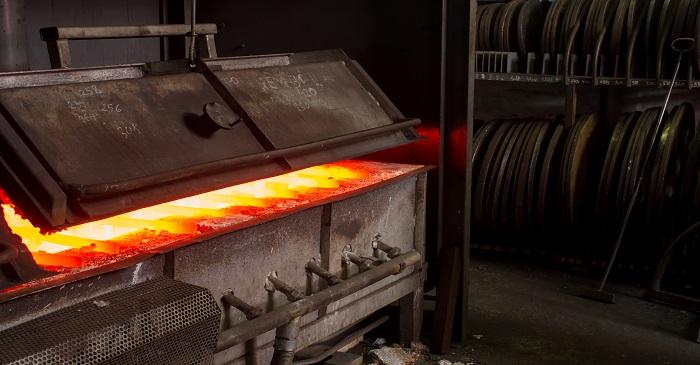 In March, steel futures continued to fall as the price retreat in rebar and iron orewas reported over slow economic growth in the leading metal consumer China. The decline in growth targets in China led to support from the government in the form of tax cuts and social security fees, an increase in infrastructure investment and an increase in lending to small firms.

The recent surge in iron price came over oversupply concerns, but the uncertainty in demand pre-exists. In the last few sessions, the most traded Dalian CommodityExchange fell 3 per cent, where the prices are expected to moderate in March.

Beijing announced to cut VAT from 16 per cent to 13 per cent for most industries and from 10 to 9 per cent for transport and construction to stimulate domestic demand and support ferrous markets.

The government acknowledged that the impact of the trade issue hit the iron and steel sector, where the iron orecontracts were lower by 1.27 per cent at the Dalian Commodityexchange, and the rebar contract was 0.73 per cent down.

US trade taxes and growing investment in local steel mills

The tariffs imposed on steel have wrecked some US industries, which has been causing serious harm to the workers, farmers and smaller companies who failed to build an international coalition with like-minded companies; however, the American Iron and SteelInstitute supported Section 232, where it said the new steps promoted recovery in the sector.

Many plants have been reopened where laid-off workers are coming back, and companies are reinvesting in the steel production units.

The AISI state - the recent progress in the sector will disappear if the tariffs are terminated. The country imported 2.39 million tons of steel by November 2018, which was 27.2 per cent low on y-o-y.

As per the AISI report, the US steel mills produced at the rate of 81.1 per cent a year through March 2, where the year-to-date production reached 16.4 million tons, up 6.9 per cent from 15.4 million tons produced in the same period in the last year.

The reports claimed over 14,100 jobs were lost in 2015 and 2016 by the domestic steel industry, and China and other steel-producing countries increased production despite overcapacity.

Alternative investment in iron and steel

Investments in the iron and steel sector are not recommended by the experts where the stocks of OCL Ironand SteelLimited, which was held for almost five years, declined 86 per cent in the last few months over the losses, where the company has been trailing revenue by 7.3 per cent a year.

However, there are reports of a cut in production of iron by the top producer Brazil, which may cut up to 70 million tons of the metal over the Vale SA dam breach that led to recent price changes over the supply concerns in the world markets.

Citigroup and Commonwealth Bank of Australia expect the price to be at $100 a ton, and Goldman Sachs believes there will be a rebound in output from non-Brazilian sources.The shares of miners in Rio Tinto and BHP increased over the concerns of the supply shortage.

To find out more about other metals and iron investments, check 99 Alternatives at (http://www.99alternatives.com).