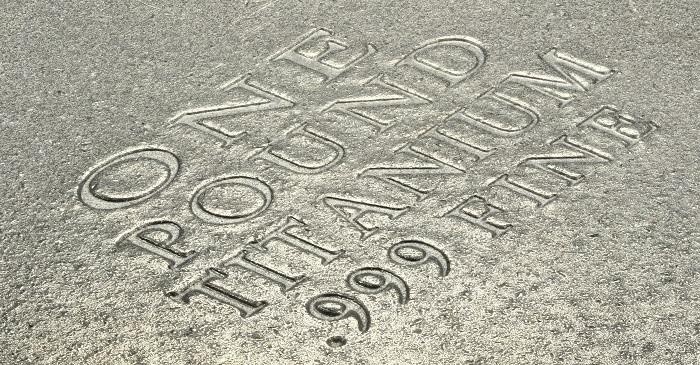 The US commerce department launched a security probe into titanium sponge imports, which is a key metal used in military aircraft and equipment. Only a few facilities in the US have the ability to process the titanium oreto make sponges. It is a metal difficult to stockpile.

Recently, the probes into steel and aluminium imports led to the new tariffs on metals, leading to their realization by Mexico, Canada, and the EU. The US report suggested that China extracted the Dupont formula and processed it to make the whitest TiO2 powder. As the formula was stolen by the Chinese, the US plants felt endangered.

The November 2018 report on the trade war implied the demand for the metal in China declined over the trade issues and increase in export prices. The US was one of the largest buyers of TiO2 products from China, and it accused China of prying on technological secrets from the US companies instead of developing technologies themselves.

The report stated the Chinese were using the American produces and replacing the name of US companies and parts to get a Chinese replicate, where millions of dollars had been spent on the development of powder TitaniumDioxide by America, which involved a secret process for creating the powder.

In the first quarter of 2019, the price of titanium dioxide declined; however, the experts believe the price is more inclined towards reduction than rutile TiO2 grades, which are used in décor paper production.

The negotiations on the settlement of price in the next quarter have not been finalized, and there are variations in price depending upon the grade, segment, and manufacturer. In the recent report by Rio Tinto, it posted bullish comments on titanium, where it was more than positive on its business in the metal.

Rio Tinto suggested a strong demand in 2018 as the supply for the high-grade metal remained tight, while there were reports of production disruptions and increases in price.  The company expected long-term demand to be at 3 per cent a year, driven by growth in the emerging economies.

The suppliers from China have been looking for alternative outlets to sell their products and are ready to compromise on price levels necessary to offload volumes. It is expected that the TiO2 export price declined during this time, where Chinese TiO2 was selling for $2,350-2,450/ tonne FOB (free on board) in the last week of October 2018.

The metal is used in the parts of satellites, space vehicles, missiles, naval vessels, ammunition and other defence applications such as helicopter blades and jet airframes, and it can be used in infrastructure and commercial products, including chemical plants, civilian aircraft, oil & gas plants, desalination plants, automobile products, electric power plants, and biomedical devices.

Scientists at the Kanazawa University in Japan have been working to improve the performance of perovskite solar cells where two types of battery cells can be used based on titanium oxide, brookite, and anatase.

Researchers worldwide are trying to replace lead with perovskite designs made from bismuth, tin, and titanium. There are many reports on the relaxation of China’s anti-pollution measures, the environmental checks, and the outlook of the fourth quarter can remain bleak.

To find out more about metal investment and titanium investment, check 99 Alternatives at (http://www.99alternatives.com).