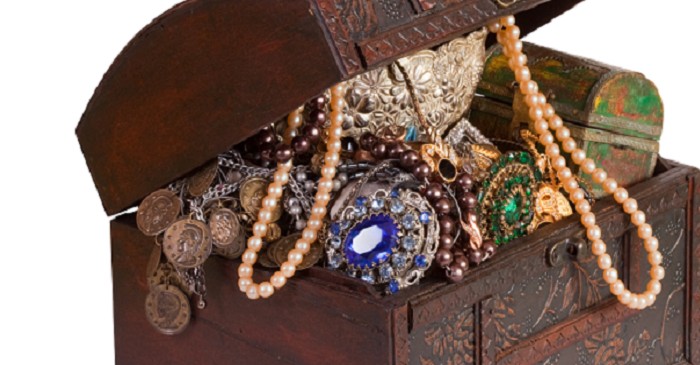 Bonham’s research on vintage jewellery suggests the price of 1920 to 1930s (the ones called ArtDeco pieces) and the 1890 -1915 (Belle Époque) rates grew by more than 70 per cent in 10 years. The jewellery of post war era – 1945 to 1975 grew 89 per cent, in the last decade, and overall most of the antique jewelleries of 20th century have risen by more than 50 per cent – as per the stats released by Artmarket research.  Experts say the price grew 970 per cent for jewelleries made up of sapphires, and price grew 1100 per cent of rubies, whereas, emeralds rates rose 1900 per cent in a decade.

Bonham is starting a new campaign to promote jewelleries through online platforms and is holding auctions of certain confidential products. The new provisions offered by Bonham will allow investors to get the real valuation of gems and jewelleries.

The highest rise in prices was observed in jewelleries category as compared to other alternative investments. In the past decade, the value of colored diamonds was in the range of $200 to $300,000 a carat –as mentioned in The Robb Report. The same can be bought for $2 million to $3 million per carat currently. The growth in such investment is fairly high as compared to other alternative options such as real estate – which stagnated in most part of the world, and stocks and shares, are highly volatile options. Even the latest trend of investment in cryptoand some of the rarest metals have not provided similar yields, hence, the option is considered most excellent for investors and collectors for longer duration, especially, in conditions where  the investors need not recurrently keep track of changes in price.

The rate of growth in price of fancy colour diamonds has been up to 8.1 per cent in the last 24 months, where most other options of alternative investments have not offered much growth.

Some of the superior types of jewelleries, which are rare and worn by celebrities, have seen growth of more than 1000 times in last seven years. The rubies, emeralds and sapphires jewelleries – unheated, of more than five carat, fetched about $40,000 in 2007, which can now be sold for more than $497,000.

In the recent years, the demand for spinels has increased where the buyers are paying up to $600,000 for a 9.15 carat blue spinel. Spinelhas been one of the most underappreciated stones, which are getting extremely high values (i.e. over $10,000 a carat), and the ones from Vietnam in cobalt blue colours can get more than $50,000 a carat. The mining of spinel is tumbling, and some believe these are still undervalued as compared to rarity and beauty.

To find out more about vintage jewellery, click 99 Alternatives at (http://www.99alternatives.com).