Stamp collections: Valuations of some of the rare stamps 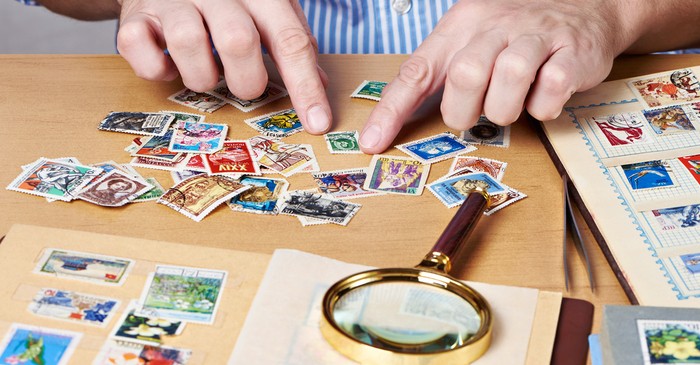 Stamps released by postal department can be based on historical events, science, politics, movies, presidential cars, dragons etc. Some museums host stamps of different countries of different eras. The stamps of German colonies, kings or political leaders can be found online. The National Historical Commission in Philippines, recently, released the stamps of Presidential cars, where about 8,000 copies of such stamps were released. The US- based Stamp Aviation flop is one of the famous episodes, where the US president planned to be at the first flight of aerial history but the plane got lost and was made into stamp called Inverted Jenny that was bought by a stockbroker where some lots of the stamp had inverted Jenny pictures. These stamps were, originally, destroyed by the postal department but some went out on sale before they were caught, and these were some of the rarest stamps, which were sold later for $15,000. A few years ago, these Inverted Jenny stamps were auctioned for more than $1 million in New York.   Such stamps are of great value for collectors.

There are others having historical information or data or pictures printed upside down. One such stamp of 1901 has a ship, train and car printed upside down and this is one of the rarest.  These with inverts are highly sought after and of great value.

Investors and collectors have always bought stamps but current market is not very comprehensible for the collectors. To invest in stamp one should have proper knowledge of the stamps, history and ways to identify the real one. Those with proper gums, in clear, visible and full readable condition are most wanted. The price movement of stamps was studied by Forbes where the price movement of 56,000 were examined. The lowest price was at $25, issued since 1950. The survey on 2700 stamps found the total value of stamps was over $12 million and the growth was up to 1.3 per cent on an average, in one quarter, whereas, the growth in last 13 years was 2.1 per cent per annum.  The high worth growth was up to 41.3 per cent – which included stamps of price over $1000, and those bellow $1000 had growth rate of 19.9 per cent.   Overall the investors were not very fervent about current US stamp collection market, as the prices are declining and the decline in rates is not short term.

These days’ stamps can be auctioned online by the collectors on ebay where the dealers, collectors or speculators, all can contact the seller. The prices on ebay are always diminishing as compared to real time auctions, and the reasons is that online sellers offer bogus items, while, online buyers seek under priced products to be sold at higher prices at other platforms.   Online websites offer weekly auctions of stamps where investors from across the geographical regions can select the stamps and build catalogue of such stamps online.

To find out more about Stamp collections, click 99 Alternatives at (http://www.99alternatives.com).