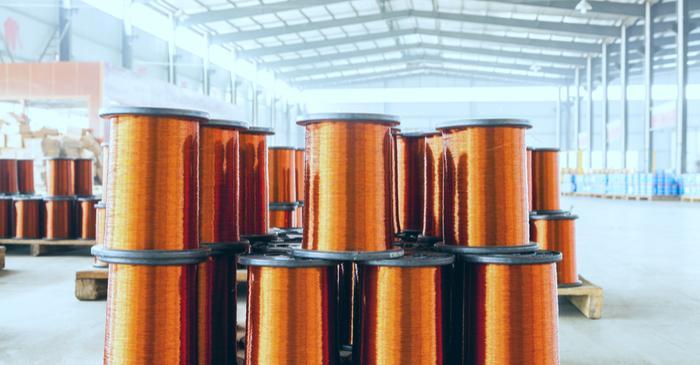 Base metals grew after a series of tumbling sessions with the progress in US-China trade talks. The two countries are expected to get a deal where a portion of the $250 billion US tariffs on Chinese goods may be rolled back.

The US Treasury Secretary Steven Mnuchin wrote about the productive talks between the two countries. China announced a stimulus for small and medium firms where it said it will relax residency curbs in smaller cities.

The months of April and May are the top consumption season for metal copper where the Air conditioning sector is the biggest consumer that is expected to grow by 7.9 percent in the month.

There are many challenges in the industrial metal sector but the industry is expecting to increase the production of electric vehicles, which uses a double amount of copper as compared to internal combustion engines, and to meet the green targets, most automakers want to produce all-electric fleets.

Many investors, regulators, and analysts are gathering at the annual World CopperConference in the Chilean capital in Santiago to discuss it. The investors believe it is a tight market, deficient in the supply; hence, it has been an upbeat commodity.

The metal was at eighteen months low in January where it climbed the nine months peak in mid-April. The stimulus by the Chinese government has been beneficial for the base metals like copper, where the analysts have a positive outlook towards it, as it is a deficit in the current year to 205,500 tonnes.

It is believed the global mine output may not increase in the second half of the year, and China's mine output may remain stagnant, which can lead to supply disruptions.

In the last week's trading session, industrial metals gained almost 6 percent, over US-China trade agreements, and the speculation of recovery in the Chinese economy supported growth.

Experts believe copper will continue to gain due to the lack of new supplies and an increase in demand. It is widely used in the construction and power sector, and currently, the market is slightly deficient in it.

The industry is changing strategies where it might bring new supplies online, although, it may take time. Miners BHP, Freeport, and Nevada CopperCorps are investing over 1.1 billion to develop fresh copper projects in the US.

It is a metal that will be most benefited by the increase in the use of EVs and low emission automobiles.

Other industrial metals like Zinc, which is the second-best performer year-to-date, posted gains of 14 percent, although, the gains can be weighed down by the rise in supplies in the current year.

The higher shortage in aluminum will lead to an increase in price, but the economic factors like slowing growth can create pressure on high-cost metals processors, and in the case of aluminum, the trade experts expect the price to recover to trade at an average of $1,984 a tonne in the Q3.