Geopolitical factors and restrictions on imports influence the oil price 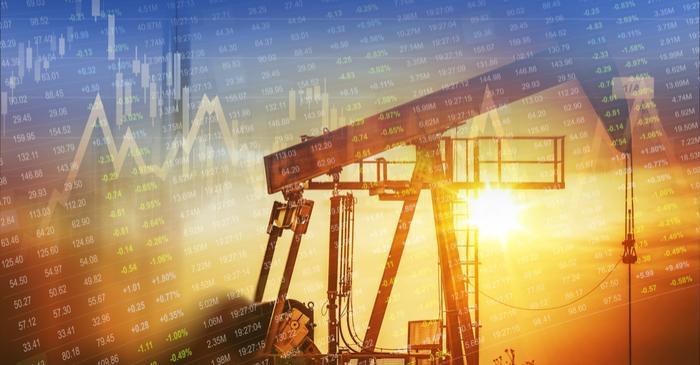 The global crude market was tightened over the supply cuts from the OPEC nations and the restrictions imposed by the US on Iran’s exports. The global trade volume declined for the first time since 2008 – 2009 between December and February as the trade volume contracted by 0.8 percent.

The US crude stocks grew in the week to April 26 as per API data, where the market focus shifted to major producers undergoing crisis like Venezuela. The US had imposed sanctions on the imports from Iran where the waiver was granted to eight importers including China, Turkey, and India.

The meeting of the oil-producing nations is expected to take place in June where the participating countries will discuss the production policies and it is anticipated that Washington will increase pressure on the group of nations to increase output to cover up the shortfall created by the restrictions from Iran.

On the last day of April, the global benchmark crude was above $73 a barrel as the market came out of the disrupting geopolitical factors caused by Venezuelan opposition leader Juan Guaido‘s call to get military backing to end Maduro’s rule.

The market remained positive that the opposition leader will not be able to come to power and this led to the rise in price over $75 a barrel.

The US crude inventories grew in the previous weeks and Venezuelan trade remained restricted due to US sanctions, where it is believed the Venezuela production will remain low and the OPEC nations may not be able to deliver more due to several other regional issues.

The global trade currency dollar is facing major issues with Saudi Arabia planning to sell the crude in other currencies instead of the dollar, especially, in condition if the US passes the anti-OPEC bill.

The kingdom is discussing implementing the proposal with other members. If the proposal is sanctioned, it will affect the power of the dollar to run the financial markets and the ability of the US to impose sanctions on other nations.

This is the strategy prepared, mainly, to deal with NOPEC that will allow the Justice Department to sue countries to work together and limit supplies to regulate prices.

The US representatives said Saudi has benefited from the vast supplies of cheap oil trade in the unfree market at US expense and if this is true, it means the kingdom is preparing to go to extremes to protect its unfair advantage in global markets.

Currently, the market is at the junction where supply risks and rising prices are influencing trade, also the major producers have not disclosed their individual policies.

Experts believe the markets will remain volatile where the geopolitical factors like the escalation of tensions in Libya, Iran’s curbs, supply issues in Nigeria, and the Venezuelan crisis can create a complex uncertain atmosphere. Goldman Sachs estimates the Brent price to remain in the $70 to $75 range a barrel in the second quarter of the year.