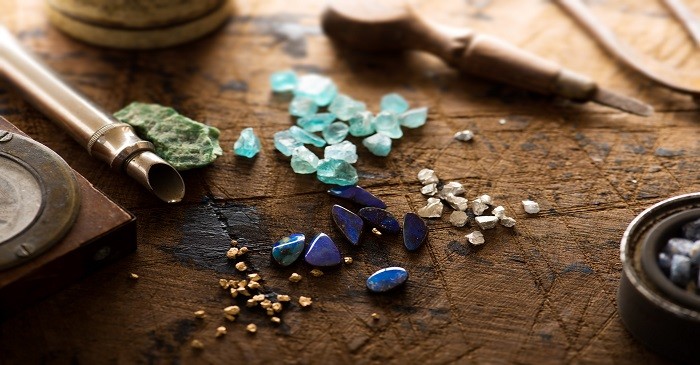 Precious stones are part of human civilization where some of the stones and crystals are millions of years old, while, many new types of stones have been found in the recent decades. The famous Pink Star was extracted in 1999 from South African mines and it was auctioned for millions at Sotheby. These stones were used traditionally for cures. Rubies and sapphires were bought by royal families and kept as treasury, which could get rid of all evils. The ancient Egyptian amulets and jewelleries were used to get rid of evil spirits.  In China, emperors were buried with jade beads, masks and horses.  These stones are mentioned in religious / holy books.

In the New age, these stones are sold at auctions as an alternative investment. Some are used in crystal therapies or showcased at museums. Many of these are valued as it belongs to prehistoric era, or are known for its rarity, even as, others are semiprecious.

Durability is one of the key features that allow these stones to sustain abrasions and prevent damage. Diamondscan be cut into shapes and embedded in jewelleries and the marketing by diamond brands have increased their demand.  Stones such as spinels, rubies, and sapphires would accumulate at river beds; one of the rarest painite discovered by Arthur Pain made up of boron and zirconium, is a rare combination of minerals and can be found at ruby mines. These are higher quality stones which can get more than US$60,000 per carat.

Some of the most expensive rare gems Bahia Emerald (found in Bahia, Brazil),Chaiyo Ruby( found in Myanmar), Guinness emerald(Bogotá, Columbia) and blue sapphires (Sri Lanka) are most expensive stones of the world, sold at hundreds and millions of dollars. Bahia Emeraldis 1.7 million carats stone of emerald worth $400 million, and Chaiyo Rubyis worth $448 million, it is 109,000 carats. Such stones are identified for exceptional hardness, rarity, colour and brilliance.

Stones formed due to geological effects

Based on study about composition of these stones, researchers are trying to grow these in laboratory but scientists claim they cannot grow it in laboratory. Although, they have researched a lot but cannot get, something, even close to it.   These stones are geologically significant and tell a lot about the structure of earth, the geography and historical facts. Scientists find the stone such as ruby was formed from the collision between continental landmass; hence, these were mostly plate tectonic gemstones. Sapphires formed at different parts of the world, have different compositions.

In the recent years, the increase in gemstone production was possible due to technological advancements in the mining sector, which was widely used in the mines of Mozambique for rubies and Zambia for emerald. The mines owned by Gemfeild are the key global suppliers of emerald and rubies.

In Asia, the leading trading centres of such gems are in Hong Kong and Jaipur. Hong Kong hosts high priced auctions as the city offers tax free shopping and is an attractive destination for buyers seeking million plus Jades and Rubies.