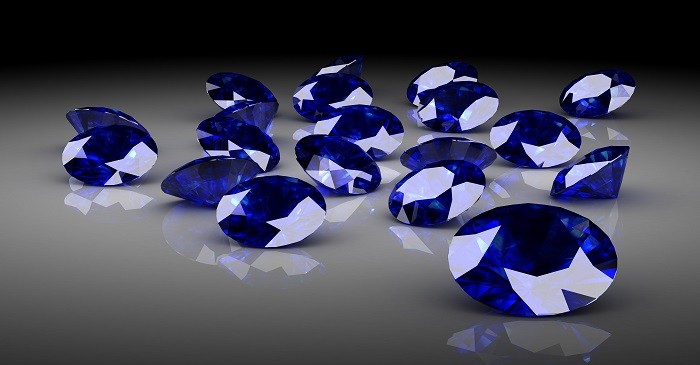 Gemstones jewelleries and items from past are valuable assets bought by many collectors. Premier Exhibitions are expected to showcase the ship Titanic’s unique Blue Sapphireand other items collected from the wreckage. In the same way, there are other historical occurrences where diamonds, gold lockets and historical jewelleries made valuable collections. Many hedge funds target these items and place bids in their exhibitions.

At the time of her death, Princess Diana left fortune estimated $31.5 million, which included cash, stocks and jewellery. Some of her jewelleries were inherited by her daughter –in- law Kate Middleton, which included the sapphire engagement ring, bought by Prince Charles in 1981 for $37,000, and now its value is more than $500,000. In her letters, the princess wrote she left the jewelleries to be held by sons and their wives and there are several other pieces of such jewelleries passed on by her mother-in-law.

Most such precious stones hold long-term value and its worth increases with time.  Sapphires can be found in a number of colours - deep blue, violet, green, black and colourless.  Traditionally, such stones were thought to be healing in nature that could cure eye diseases and boils. Royal talismans in Rome and Greece wore these stones for getting protection from enemies and some owners felt it could heal relationships. Such stones are related to psychic abilities and intuition. Rare gems are embedded in engagement rings and their popularity grew in 2018 - 2019.

Sapphireis also called the Heaven’s stone.  Persians believed earth was placed on a giant sapphire and it made the sky blue. In Bible, its color is mentioned similar to the color of throne of God.

Sapphireare mostly blue and are mostly Kashmir sapphires, as it was originally found in the Jammu and Kashmir mines, in distinct blue color but the region lacks proper technologies to extract stones from these mines and the state mines have not been explored. Recently, an exhibition of such stones was organized at Islamabad in Pakistan where the visitors were allowed to see Pakistan’s gemstone based sapphires jewelleries. A part of the mines are now depleted, and new mining sites in Myanmar and Sri Lanka produce sapphires for global demands.

Most of the global gem fairs showcase sapphires. The upcoming fair in Taiwan in November first week at the Taipei World Trade Centre is expected to host  jewelleries from  11 countries which includes Australia, China, India, Hong Kong, Myanmar, Poland, US and others. The show will include bridal jewellery, designs and a combination of rare stones targeting the mainstream collectors.  The exhibitors said investment in such stones can never be out of fashion and every year the auctions get new rich investors.