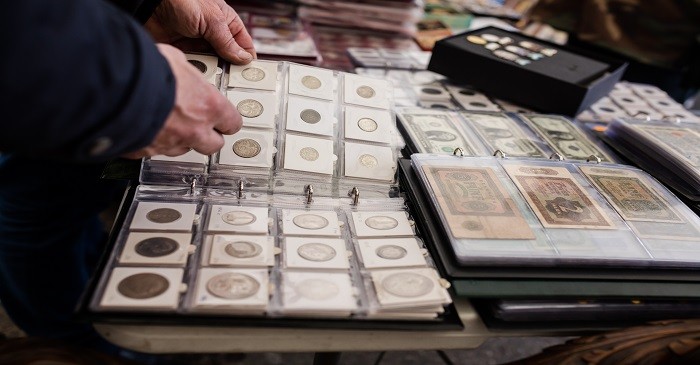 Many current generation collectors are joining the American Numismatic Association   and some of these continue to buy classic currencies, coins and bullions.  Silvercoin started the trend of collecting coins. The coin called the first dollar is silver eight reales, which were made in 1530s. This coin was auctioned for $440,000 at a latest auction.  These were historically significant coins and none of the leading museums held these coins. These have Gothic style alphabets written on them.

Many new buyers have entered the business and one of the most popular collectors Louis E. Eliasberg, held an entire collection of copper, silver and gold US coins. Initially, the coins were sold for a few dollars more than the face value but later, the gold rates increased and the value of coins gained way beyond the face value.  One of the popular coins of 1792 is the Washington President gold eagle. This was never used as money but was held by collectors and one was sold during an auction for $1.7 million in August 2018.  The coin came from the Eric. P. Newman collection and was privately held by a collector, who died in 2017.

Rare coin collection include The Eliasberg 1913 Liberty Head - only five of these nickel coins were ever produced and it was auctioned for more than $4.5 million at Philadelphia in August 2018 . Two years ago the same coin was bought by the collector for $2 million. Other items of the auction were the Golden Fleece which included the Gold Finger Bar –sold for $39,950.

At the Philadelphia auction (held on August 15) the 1854-S No Motto Half Eagle was sold for $2.16 million. The auction included one of the $5 versions of 1854, where the price was considered out of reach by collectors. There were 70 lots in Aderson auction, which was able to get $9.65 million, where 20 per cent of the value included the buyer’s fee.

In September, the auction of gold and silver coins of Tyrant Collection will be held publicly. The collection contains 365 historically inestimable coins which are of value more than $8 million.

These days a number of coin collectors are auctioning new rare coins at online sites. Both collectors and sellers are offering staggering prices for some of the rare coins such as the Charles Dickens 2012 £2 – which got bidding up to £3,500. The coin has rare error where the milled word around the coin is written upside down.  This coin was released in 2012 on 200th anniversary of Dickens and it is famous for the inscription ‘Something will turn up.’

To get more information about coin collections, click 99 Alternatives at (http://www.99alternatives.com).