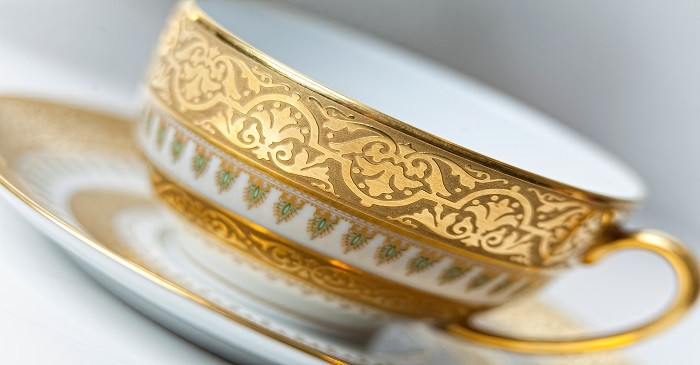 Some of the rarest art and designs of 19th century bone china can be found as showpiece crockery at museums or with collectors, who treasure these fine sets. These are cared by their entire generation, and handed from one generation to other, although, in most cases, crockery sets may not be as valuable as previously thought and some dinner’s sets or tea sets that are rare, complete, undamaged and belonging to historical times – can get great values at auctions. E.g. The auction in April 2009 in Dublin was able to get €5,400 for porcelain Herend Dinner service set, while, a hand painted set from the same factory got only €1,200 in 2014. Those with historical relevance such as the Worcester teapot of 1754 could gain serious money at auctions at the London Bonhams where the set was sold for €22,435, whilst, it is not a bone china but a British made set with china painting.

China is relevant in many auctions as it made one of the first porcelain sets. One of the 1000-year old Chinese ceramics of Song Dynasty was auctioned for $37.7 million in Hong Kong in October 2017.It is one of the rarest Chinese porcelain and its auction broke all previous records. One of the famous sets of these auctions is a Chicken Cup of Chenghua Emperor belonging to time 1465 to 1487.  Many such Hong Kong auctions have sold ceramics at exceptional prices. Some of these are simple and glazing piece of art. Many Chinese collectors are keen on buying such sets and paintings belonging to Chinese dynasties.

Some of the beautiful products of 18th and 19th century such as dragon vase, bottle vase and Tibetan Buddhist religious paintings and products are highly valued.

Later similar designs were made locally in UK and Ireland factories, and also in other parts of the world. The 18th century to 20th century tableware is difficult to get but some collectors know how to identify and store such valuable prices of crockery. Before 19th century crockery was not marked as now, and the crockery, which has a mark or has a name, cannot belong to 18th century, or, belong to period before 1810.  Most sets which have ‘Made in England stamp’ are of 1891 to 1920, while, the sets which have written Bone China on it, belongs to 20th century.

The sets that are heavier are older as compared to the ones which are lighter, and one can get many of such new trendy decorative designer pieces or Victorian plates or Edwardians sets at local shops for 10 to 50 Euros.

These sets are also offered at online auctions where one can get dinner services or tea sets at exceptional prices for household use.  Those who want to get a collection need to be aware of the right product quality – that is determined by the weight, glaze, base of the product, from the paintings & designs, shine and colors.

To find out more about vintage bone china, click 99 Alternatives at (http://www.99alternatives.com).