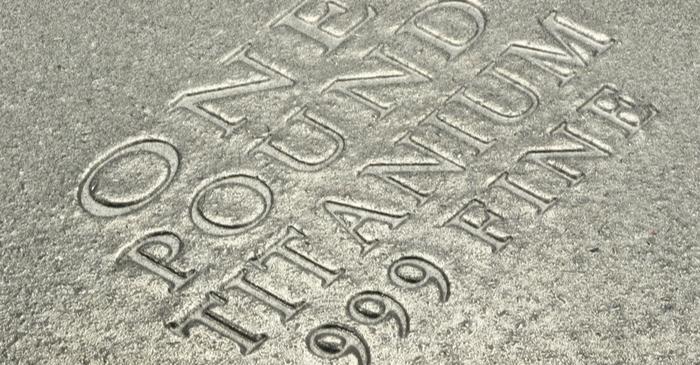 Titanium name represents the Titans of Greek and its properties are similar to silica and zirconium. Pure metal cannot dissolve in water but can be mixed in concentrated acids.

It forms an oxidative coat at higher temperatures but at the room temperature, it resists tarnishing. The demand for the metal continues to grow in China amidst tighter supplies.

The export prices increased from $2,150 to 2,250/t in China due to the increasing interest of international consumers, mainly, due to weakness in Yuan.

In the second quarter of the year 2019, the exports from Kenya decreased, even though, the demand from existing buyers continues to increase and there has been a significant increase in enquiries from global new customers.

It is white shiny metal which is stronger than steel but is less dense and is widely used to alloy with metals like aluminium, iron and molybdenum. It is widely used in spacecraft design, missiles and aircraft.

The low density of the metal enhances the ability to withstand extreme temperatures. Most of the orecontaining titanium dioxide is used in the production of foods, medicines, paint and cosmetics. It can be used in steelmaking where grain size metal is used for deoxidation and stabilization.

It is used in many items like golf clubs, bicycles, house paints, plastics, sunscreens etc. It is widely used in military, aerospace, sports items and aircraft manufacturing. Cosmetics like lipstick can contain up to 10% of the metal.

The metal is poorly absorbed by the plants and animals and is not retained at higher levels. Its higher levels can be detected only when the soil is contaminated. The elemental metal dioxide and the pure element are known for a low order of toxicity.

Excessive exposure to dust of the mineral can cause lung irritation. Titanium tetrachloride irritates the skin, membranes and eyes, and cause skin burns, while acute exposure can lead to damage to the cornea.

It is ninth most abundant but cannot be found in pure form and its vast deposits in the form of sand can be found in Canada, Ukraine, Norway and Western Australia. A major part of the global supplies comes from North America and South Africa.

Some of the key reserves can be found in China, India and Australia, although, top three producers are Canada, South Africa and Australia. The main oreof the metal is ilmenite which accounts for 90 per cent of the produce, and rutile produces the remaining 10 per cent.

It is formed from the slow cooling magma chambers and the process of magmatic segregation is used to get the different types of metals. Almost 6.3 million tons of the mineral concentrate was produced in 2010 and only 5 per cent of the concentrate ended in the formation of the metal.

The sponge market of China is driven by imports - dominated by Kazakhstan and Ukraine. The higher demand for the metal can be delivered mostly into China and the spot price of sponge has been rising to the highest since November 2017.

Recently, the small and medium-sized producers in China had limited production and the supplies were tight for TiCl4.