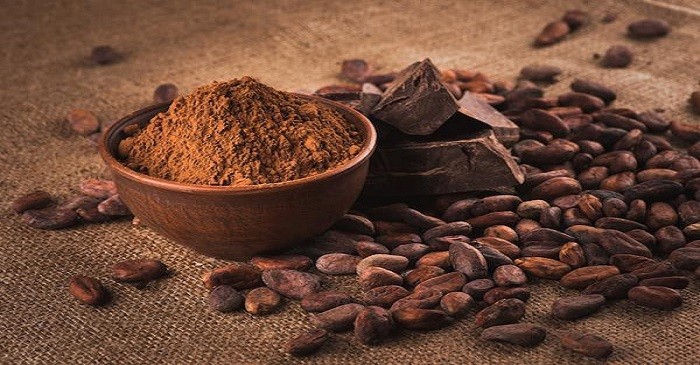 Cocoa is the Latin name for Theobroma which essentially means ‘food of the gods’. This crop played a particularly important part in the South American cultures. When cocoa was newly introduced to people, the Mayans used to use cocoa to create a ritual beverage that would be shared amongst betrothal and marriage ceremonies. This created one of the first links and associations with chocolate and romance.

By the mid 1600s the cocoa beans made great popularity in France and was praised as a delicious, healthy food which was predominately enjoyed by the rich. One Frenchman decided to open London’s first hot chocolate shop and by the 1700s these ‘chocolate houses’ become a more and more popular and common sight in England. Today people around the world consume over 3 million tons of cocoa beans a year and have these beans in various different forms. Throughout the development of cocoa beans, there has always been one thing that has remained the same throughout the years, chocolate. Chocolate has never seemed to lack in flavour as it always seems to have a keen group of followers who love the food. The World Cocoa Foundation and its other partners help to protect and ensure that these valuable beans are kept to enjoy for future years to come.

In the year 2018-2019, the trade disagreement between the US and China hit the group of commodities including cocoa that is the soft sector, where majority of the supplies in the sector came from West Africa. In May 2019, rainfall in the key producing country - the Ivory Coast raised the hope for recovery in the crop suffering from the dry weather spell of the previous months. The crop runs from March to October, and in 2019, the season started slowly where the farmers expected the harvests to be low due to lack of rains. The rainfall was below average but still higher in the last few weeks of April 2019 that can boost the mid-crop yields. The tree requires abundant rains in June where improvement in rainfall in May and June can help the farmers get higher-quality beans. Price momentum in the sector continues to remain volatile either in higher lows or higher highs but it is not traded below $1769 a ton since 2007.

There are 2 main ways to trade - ETFs and Futures. Cocoa ETFs (exchange-traded fund) offer liquid and transparent investment option. ETF Security delivers leveraged and inverse exposure. On the other hand, futures provide exposure to a commodity where one can invest in standardised contracts to either buy or sell, at a particular price and on the agreed date in the future. Cocoa futures are, mainly, traded via New York Mercantile Exchange (NYMEX) having prices quoted in U.S dollars and cents per pound. They are also traded on the ICE, using the symbol CC.

Cocoa futures remain in the price range of $2000 and $2400 per ton. iPath Bloomberg Cocoa Subindex Total Return ETN product (NIB)indicate the price action in the future market and offer opportunity in risk position.

are also traded on the ICE, using the symbol CC.