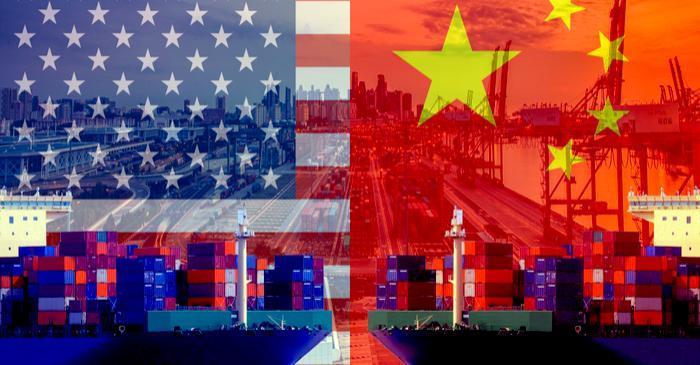 The global markets were hit by the latest development where China imposed a new round of tariffs of 25 percent on US products worth $60 bn.

Beijing was warned by Trump of the escalating trade conflicts and their aftereffects, but in the state of tit-for-tat battle, it announced the new import duties on 2,500 products, which includes consumer goods, food items, machinery, and chemicals.

The announcement resulted in losses in the Hong Kong markets, which initially sank 1.7 percent, and Shanghai was 0.2 percent down, while, Japan was 0.7 percent down.

Markets in Singapore, Sydney, and Taipei were also down. It was one of the worst days on NASDAQ of the current year that ended to the lowest points of 3 months.

Farmers and businesses hit by the new round of duties

The new tariffs by China will hit American farmers the most, who are the rural voters and the main supporters of President Trump, the key to his reelection.

The experts say - the situation is very challenging for the farmers, especially, in the Midwest presently facing the problems created by the March historic floods.

Farmers had planted only 49 percent of the corn they intended to plant, which is one of the slowest growths since 1980. Ultimately, all these will lower the net income of farmers.

The farmers said the amount is more than last year where corn was given 1 cent for a bushel, but this will not resolve their issues as the income of the farmers dropped by 16 percent in 2018.

The sudden announcement will hit several companies and many US jobs will be lost, while, buyers will face higher prices. Suddenly several items like backpacks, knot fabric, travel bags, CD cases, wooden shingles, and items made of reptile leather, and several other consumer items will become expensive.

Stores began modifying and passing the increased costs to the consumer. Initially, some firms tried to shield buyers from the increased rates but now with the new announcements, it may become difficult for them to handle the new costs with limited resources.

Goldman Sachs estimates if the US president announces to impose duties on the remaining goods worth $300 billion it will lower the earning of the American companies by 6 percent.

Probably the impact may be less as companies increase their costs to handle the import duties but the consumer prices may increase by at least 1 percent due to higher taxes.

Experts believe the way threatening each other is not the best way to conduct business and the US Chamber is concerned about these new policies.