Wine as a Luxury Passion Investment 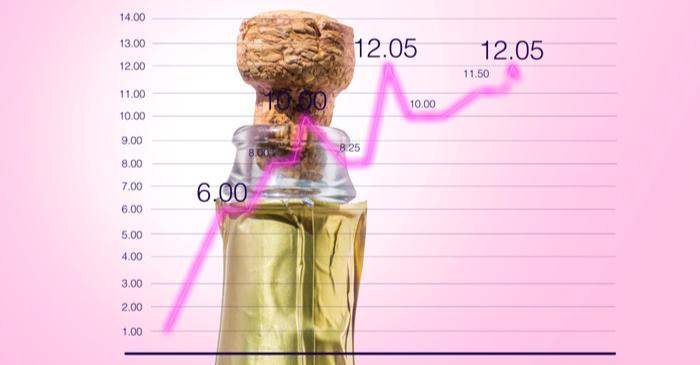 2018 was a record year for stocks and was considered to be a record-breaking year for the fine wine market as well where it had two strong gains as the Liv-ex 1000 grew 10per cent over the last year and Burgundy gained over 35 percent.

Other famous brands in the category include the bottle of Domain Romanee-Conti 1945 that was auctioned for US$ 558,000.

The market share of Bordeaux declined 68 percent in 2017 to 59 percent in 2018 as the investors were trying to improve their scope and encompass several smaller production estates.

In the classic luxury investment category, Bordeaux is considered better than gold due to higher returns and lower unpredictability in price.

The luxury asset class has done exceptionally well in the last decade where luxury cars gained 258 percent and it was the only investment able to give a better return like a rare whiskey that gained over 582 percent in the same time (in the US dollars).

In both the asset classes - wines and cars, scarcity remains the key driving factor for demand.

Investors should be careful while buying such luxury products like the car as the model should be free of rust and should possess original parts and good looks.

Nevertheless, in the case of wine, one should try to gain knowledge about the various types of vintage drinks.

The UK is one of the key markets for Bordeaux's future, and the US started a business in the category in the last year and now, China and Asia are the markets that may see a growth in demand, although, the region prefers vintage en-primeur ready to drink.

The fine wine market may see buoyancy as it is moving towards the bull market where Brexit may create a new demand as the buyers are taking defensive investment positions intangible assets like gold, wine, and cars.

The US itself is the biggest buyer of EU wines - that accounts for only 16 percent of its imports.  The trade war led to the imposition of extra taxes on imports where the latest retaliatory taxes became effective on June 1 putting an additional 15 percent tariffs on US wine and increasing the total cost by 54 percent, on the top of the preexisting 37 percent, which will increase the total price by 91 percent in China as compared to US rates.

It has been an important market for the industry due to the sheer size and potential where the growing middle class and the new millionaires create greater demand.

Last year duties resulted in a fall in exports from the US to China by 25 percent, furthermore, China has moved on to alternative sellers like New Zealand, Australia, Europe, and Chile, who have renegotiated some new deals to allow their products to enter their markets at zero tariffs.