US official talks over Trade and Global Issues 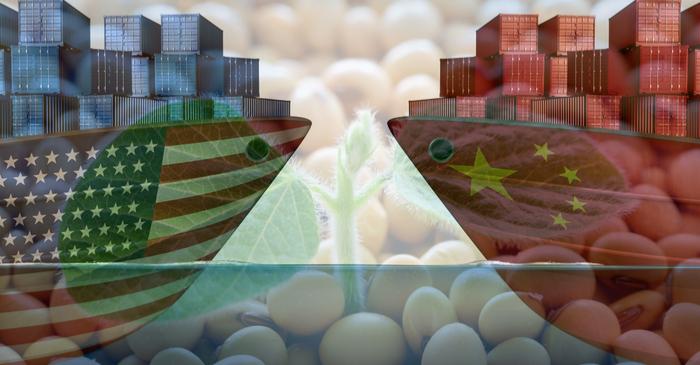 US official talks over trade and global issues

The 90-day truce between US and China on December 1 allowed US soy exports to reach China. The third cargo of US soybean was shipped to China on January 7, containing about 180,000 tonnes of produce. The truce expires on March 1 and officials from both the countries are meeting to talk about it on Tuesday, January 8, 2019. China has already booked over 5 million tonnes of American soybeans following the truce. The country buys over 30 million tonnes of seeds from US and the recent import orders accounts for a part of it, but, lately, the US government shutdown suspended additional deals.

At least five GMO crops were approved by China’s Ministry of Agriculture and Rural affairs including canola, corn and soybean.  The government had not approved to import GMO since July 2017. In June 2017, the country approved two products and new approvals were made in this regard, recently, subsequent to the official meet with US counterparts in Beijing.  At the same time as Chinese scientific advisory board on GMO did not approve of any product during the June meet. The country had restricted GMO planting locally, and only allowed imports as animal feed. By August 31, it had bought over 1.2 metric million tonnes of beans. The new exports were made on the top of 1.56 million tons in December mid weeks.

The slowdown in market faced by China has been rejoiced by the US economic advisors but such issues have harmed US as well. Trump during a cabinet meeting claimed the trade discussions are coming along very well, although, new Chinese bids for other crops such as corn and sorghum were not found.

There are many related issues. The imports or products that have been taxed by the government will become expensive for US buyers, or it needs to be manufactured locally at a lower price.  Chinese products and services are low priced and any other alternatives to it do not exist, or may lead to higher costs. A number of American overseas businesses are facing regulatory issues and loss in China, and even in current situation, there remains a continued uncertainty over the growth of international trade. Firms are facing dilemma over new hiring and growth.

China is already on the verge on slowdown. Even before the trade war began investors were aware of its structural problems and predicted loss of equilibrium. Now, they need to reevaluate their positions and long-term plans. The South East Asian allies South Korea and Japan will be affected by such market slowdowns. E.g. - the fall in Apple sales led to over 100 percent decline in global revenue of the company.

Meanwhile, many exporters are seeking alternative markets and this has been upsetting, where even in the condition of truce, the effect of clashes will remain. Some experts want the government to seek alternative markets to handle such situations of crisis.