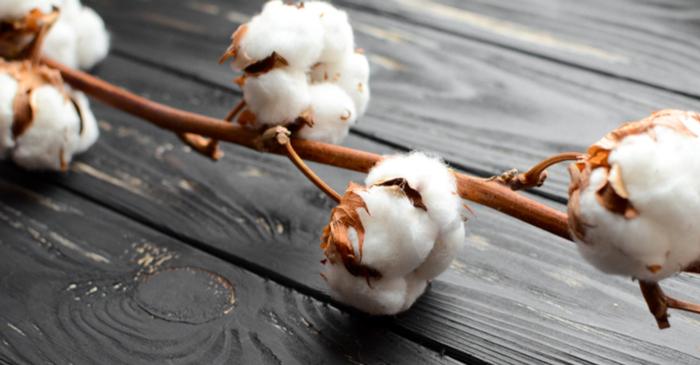 Globally, the leading importers of cotton are Vietnam, Mexico, and China, where China’s imports can grow in 2019 to 11.1 million bales. With the resolution of the trade dispute with the US, both the countries are trying to balance the exports market share where America can increase its exports to 17.4 million bales.

Vietnam is also targeting Australian produce, where the harvested areas are the same as the last year, but production is expected to decline. Under the TPP-11 treaty that allows 98 per cent of the tariffs to be eliminated for agricultural exports from Australia, its produce has been allowed entry into Japan via Vietnam.

NCC (National CottonCouncil) assumes the additional tariffs will be removed in the year that can support the trade agreements in both countries. In 2018, the US was able to capitalise on Chinese imports but, with the imposition of an additional 25 per cent tariffs, turned it to alternative suppliers - Australia, Brazil, and other countries.

Brazil's production grew in the year, and its prime trade destination was China. The country expanded its competitiveness in 2018 – 2019 in agriculture, where exports are believed to gain over 30 per cent compared to the last year.

This year cotton imports by India increased by 80 per cent due to low production. India is a leading producer of cotton, but this year's crop was affected by environmental factors and infestations. Low rainfall has been a reason for low harvests. Farmers were using GM modified seeds, which are also called BT cotton.

It is highly resistant to the bollworms, but GM crops have not stopped infestations, and the worms are consuming the fibres, leading to low yields.

GM seeds were introduced in India in 2003 when the production boomed in the main belts, and over 96 per cent of the cultivable area in the country came under BT; however, after five years, the output could not be sustained. There were other downsides - the seeds were expensive and could not be reused.

Farm lobbyists claim Bt crops require a lot of pesticides and insecticides, and the hybrid is able to provide protection from only a few varieties of insects while the crop remains vulnerable to others.  Reports linking farmer suicide to Bt seeds have been published in local media.

With low production, India’s cotton trade could fall 27.5 per cent to 5m bales (36.5 million bales in the last year). The production is not sufficient for local consumption, leading to imports of 2.7m bales in 2018-2019. Further, India may fail to fulfil regional demand from China, Bangladesh, and Pakistan, offering export prospects to the US.

To find out more about cotton investment, check 99 Alternatives at (http://www.99alternatives.com).