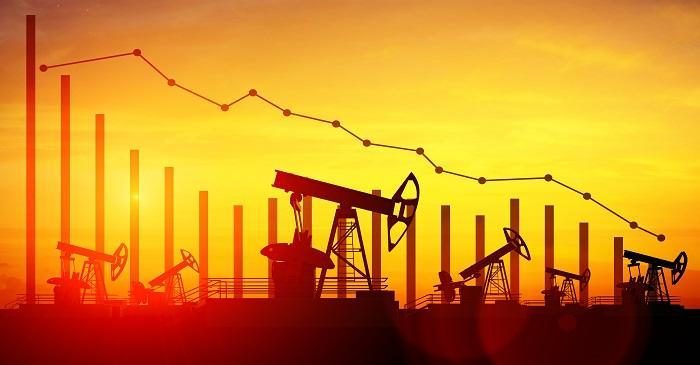 The crude oil futures were higher during October 15 -  16 market trades due to increased stress between US and Saudi Arabia , which was linked to the disappearance  of the journalist two weeks ago.  The US president claimed severe punishment will be awarded to those responsible for the disappearance of the journalist. He threatened of greater action from Saudi. Such impact increased pressure on supply and now, the new actions may target, crude oil as well as trade flow.

US oil to China was affected due to trade war between the two, which led to unending global crude issues and this forced US to seek new buyers for its oil exports. In the first half of the year, China was the largest buyer of US crude and its exports fell to zero in August as per The Wall Street Journal.  The supply reduced to 30,000 barrels a day in September. US have found new markets for its oil. Beijing did not add taxes on US crude, even though, there are extra taxes on natural gas but the increase in clashes can reduce overall imports.

Such modification in trade included a number of farms items and meat, and the exports reduced to $1 billion in August as China introduced new taxes in the month of August. The lost oil trade routed to Brazil and Argentina.

China buying from other countries

Instead of US now Saudi Arabia is supplying oil to China where supply increased to 258,000 barrels a day in the month of August, and Russian exports grew to 200,000 barrels a day. US increased exports to other countries which included India, Australia, Denmark and Hong Kong. US exporters said if they (China) do not buy, it will go to some other place.

During this time, traders are finding the levels of 2017 as the new low but the recent highs can be some kind of shoot up which can end badly in the long run. Currently, the markets are highly volatile and determined by changes in global political / economic factors and trade factors. Some investors’ expect the price to consolidate.

Increase in US Shale production

OPEC, US Shale companies and Russia increased production sharply, since May, where the output will be at 1.4 million bpd. US companies are optimistic about oil as the international air pollution rule will be set since 2020, which would limit the sulphur levels in marine fuels, while, the oil from US are, typically, low in sulphur as compares to Saudi Arabia.  Even though, the fall in Chinese purchase may harm the shipping industry, the vast reserves of US energy could produce 11.2 million barrels oil daily, which is all time high and exports are supported by 2015 rule of ban on shipping oil to international buyers.

South Korea, the world’s fifth largest importer stopped Iran oil imports, which boosted other producers. The falling Iranian exports made way for new producers to enter the markets where Iraq is planning to increase exports from southern ports   in the first quarter of   2019.

To find out more about Oil investment 2019, check 99 Alternatives at (http://www.99alternatives.com).