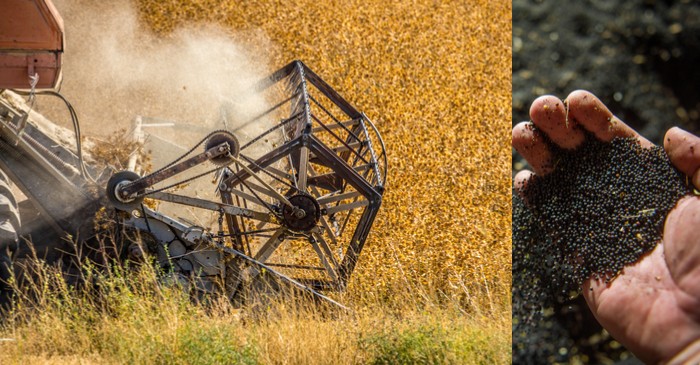 China’s rapeseed harvests will be low in the year 2018-2019, while, the demand has been increasing.  China’s production will reduce due to high labour costs and low yield, whereas, European Union will have production of 21.1 million tonnes, that is again lower than estimates. China claims it will import more canola from markets if the prices are competitive, as its demand for oilseeds is high, and it has imported only a fraction from Canada.

The trade war between the US, Canada and China has changed the trade situation where China has been forced to alter ban imposed on oil imports from country such as India (the ban was imposed on oil meal imports in 2012) and turn to substitute suppliers such as Brazil.

US- Canada on rapeseeds

Canada reports highest yields of canola, and is the largest exporter. Canola was first produced in Canada, where its some varieties were trade marketed. Later, the crop got popular across the world.  Canola production has significant role in Canadian economy as it provides up to dollar 19.3 billion of economic transactions and about 250,000 jobs.  This year the highest production of the crop was reported in Canadian province of Alberta, Manitoba and Saskatchewan.

Latest modifications in the trade and politico- economic factors are responsible for changes in the way oilseeds were imported by China and the US. Prior to the G7 June 2018 summit, the largest importers of canola from Canada were China and the US, that bought up to 4.8 million tonne of canola in 2017 from Canada.

Canada imposed high tariffs on dairy products from the US, and most trades between US and Canada are as per NAFTA terms. Dairy products come under white trade, and experts say it’s normal to impose extra tariffs on such goods but the US claimed these trade barriers were responsible for trade issues.

Hedge funds are moving between the oilseed soybeans and canola, and trying to profit from these changes in the global trade situations.

China is major importer of Canadian canola, even though, it is one of the largest producers of the crop. In 2016, the total production of rapeseed was 15.3 million tonnes in China, (that was 400,000 tonnes in 1961 – as per UN’s FAO reports). The report states the harvest increased due to increase in field acres and yield.

Currently, the yield in China has increased significantly due to the use of new commercial hybrids and political support, and the yields are in par with Canadian harvests.

At the same time, the demand for canola oil is high in China, and the local produce is only able to fulfill the gap between supply and demand.  Currently, there exists a shortage of 20 million tonnes of vegetable oil, which is covered by imports of soybean (from the U.S., Brazil and Argentina) and canola oil from Canada.

To get updates on canola, global trade and agri-foods, log in to 99 Alternative – (http://www.99alternatives.com).