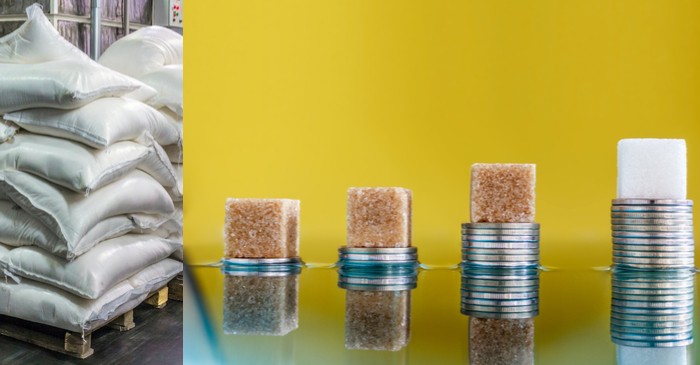 American president’s G7 summit targeted disproportionate global trade practices, where Trump claimed the US farmers had a bad five years due to global trade barrier; however, analysts relate this to record production and poor prices of farm products. Economists believe the exports by US in 2017 fiscal year was up to $140.5 billion - which is third highest.

Trade is significant for farmers and farm products, and experts claim that the income of US farmer has not declined; rather, farmers progressed in 2011 to 2014, when the highest growth in farm produce was reported. The record income reduced after 2014, as commodity prices declined in the subsequent years.

Sugaris one of the foods under the white trade i.e. for which countries impose the protection law - where the country restricts imports and the local farmers are supported to produce these farm goods e.g. sugar, dairy, cotton and rice.  These products are highly under protection in some countries, and these products, rarely, get the free trade option.

For E.g. Japan adopted protection law for rice and this year, Cuba will be avoiding imports of sugar despite, high demand and disastrous harvests in the last year.

Even, US sugar supplies are low but imports will be low this year and the market will remain tight as per stock to use ratio.

Cuba was one of the largest producer and exporter of sugar to the US; in 1960s US imported 33 per cent of its total sugar requirement from the Caribbean island. In Cuba, the harvests are up to 1.9 million tonnes of sugar (in 2017) but this year the crops were destroyed due to drought and Hurricane Irma –leading to low production.

The government did not provide clear data related to sugar production, although, news agency Reuter estimates the production of raw sugar will be up to 1.1 million tonnes, whereas, the total consumption in the country is about 600 - 700 thousand tonnes. In the coming seasons, farmers expect difficulties related to plantation of canes and growth.

Also the output has been declining since 2011 - up to 10 per cent, but the country imposed restrictions on sugar imports. It plans to stay with reserves, and wait for the new harvests.

Market experts believe the increase in production of sugar in Brazil can hit India, and Thailand, the 3rd largest producer, reported record crops in the season, can lead to low prices.

The local government in Australia sanctioned funds to increase sugar production. In Australia, Queensland cane grower has been given farm grants to boost sugar production. The new project will use technology to connect to food manufacturers and consumers.

Australia based researchers claim the demand for sugar is high but the production is also high and hence, the prices are coming down. The Australian project will link farm produce to consumers e.g. Coca Cola that is seeking sustainable source of sugar by 2020, and blockchaintechnology will be used to pinpoint who the sugar growers are, and where is the farm location, in the supply chain.