Mexico to import corn from Brazil to fulfil local demand 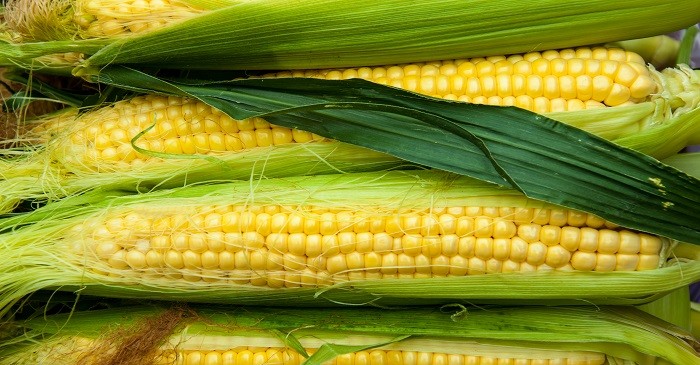 About three-fourth of total agri foods imported in Mexico are from the US.  Cornis one of the key food grains, imported from US, however, after the uncertainty related to NAFTA agreements, the country increased the share of corn imports of Brazil. In 2016, the total value of agricultural goods traded to Mexico from the US was $18.7 billion, and it imported goods of worth $23.8 billion from US.

US accounts for 32 per cent of the total global exports, of worth US$9.6 billion and is the largest exporter of corn. Brazil (15 per cent), Argentina (13 per cent) and Ukraine (10 per cent) are other largest corn exporters as per 2017 data. Countries such as Brazil, Mexico, Australia and Ukraine will be benefited from the recent alteration in global trade arrangement.

U.S. corn futures were under pressure in June, where the September corn was down to $3.61 a bushel. This year’s favorable weather supported US corn harvests and there are reports of higher yields.

Exports are imperative for the rural communities i.e. the farmers, and in 2017, the total corn exports were valued at US$29.6 billion, whilst, corn exports fell significantly by 16.2 per cent, in comparison to 2013 in the last year.

This year, the export sale of wheat and corn are in par with estimates, or above the expectations, while, soybean sales have been negatively affected by China’s tariff impositions and cancellation / replacement of deliveries.

Ukraine is, subsequently, growing as global exporter of grains. In 2017-18, the total grain production in Ukraine was up to 62 million tonnes, that was low as compared to 2016 -17 production, which was 66.2 million.  Ukraine area for agriculture is expected to increase by 2 per cent, even as the production of wheat reduced in the year 2017-2018. The production of oats is expected to be at 500,000 tonnes in the current year.

Earlier, barley planting was widely adopted by Ukrainian farmers, which could sustain tough weather conditions but now the shift is towards corn where corn is easily sold as compared to barley. In recent years, corn is produced in Ukraine from hybrid seeds by multinational companies and the domestic farmers, which gives better yield at lower costs in normal weather conditions but if the conditions are harsher, the yield reduces significantly.  Last year, the State Statistics Service claims the total production of corn was 24.1 million tonnes.

USDA reports states the climate is supportive of corn, and prices are under pressure. It is estimated the June stocks of corn in US will be highest, since 1988 and soybean stock will create a new record. Mexico is the leading buyer of US corn and the total value of exports to Mexico is estimated to be more than $2.3 billion.

Since 1994, US agricultural exports have increased four times, where in the last decade, the exports value was up to $18.6 billion – as per USDA – which claims that under NAFTA, all types of tariffs and restrictions on trade have been eliminated between the US and Mexico.

Mexico is planning to impose tariffs on farm products such as soybeans, corn, even though, during G7, US president claimed - US agriculture was facing trade barriers by Mexico and China.

To find latest updates on corn, and other agri-foods trade, check 99 Alternative – (http://www.99alternatives.com).