Stamps are for long-term hobby Collectors 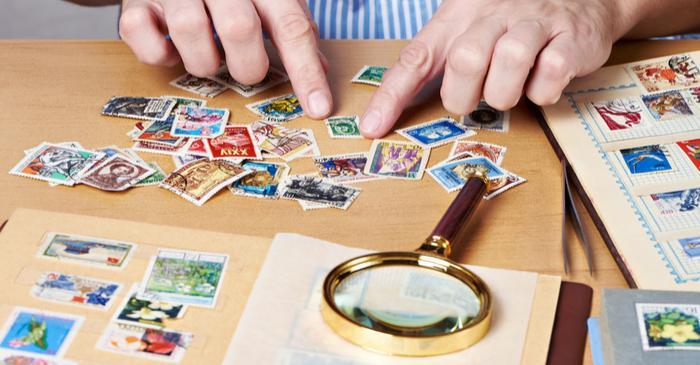 Great Britain was first to issue stamps in the colonial era and in the US in 1847, a five-cent featuring Benjamin Franklin was launched. The original ones did not come with the adhesive back.

People used their own glue to paste and some sewed them to the postages.  These are, historically significant and each depicts social, economic, or geographical trends in the era.

The ones with the higher face value, above one shilling and in good condition, with no damage or without the loss of any portions, or those arranged properly in the albums without cut marks or faded colors, are considered priceless.

Stamp collection is a hobby, mainly, about searching and gathering the pieces with rare errors. As a hobby, its passion declined in the last few years as the production of new designs was made easy with the improvement in graphic designs, photography, and creativity.

Many rare pieces can be found online in the range of £50 to £100 each, and uncommon unused ones in the best condition can fetch around £2500. The ones that are unique, mostly historically known for the genuine errors of production, like missing colors are considered more precious than the regular ones.

These require proper storage and insurance to restore value. Overall the passion may not deliver higher returns immediately and it may take many years to get the real gains through these little pieces of paper.

Some rarer ones like the Inverted Jenny of 1918 with an inverted airplane or the 1993 design featuring Elvis Presley are most sought after.

As per estimation, there are over 20 million people collecting stamps. In the past, in America, products were advertised on the back of the stamps.  In Asia, the hobby picked up later but now many enthusiasts are collecting such items.

The Singapore-based collector Mr. Tan has a prize-winning collection where he owns some of the rarest pieces. Many collectors hold the British Penny Blacks that are not just rare but very famous, although, about 68 million of the copies were produced and sold. In 2014, one of the exceptional British Guiana 1c Magenta was sold for $9.5 million.

It is a limited edition version where the stamps were expected to be delivered from London to British Guiana. Its only one copy is known, which makes it expensive.

The others include the Swedish stamp- the Treskilling Yellow misprinted in 1855, believed to be the second most expensive postage stamp. It was sold in 1996 for $2.3million where it created a world record and has been sold twice since through to individual buyers.

The category of such rare pieces includes the Mauritius stamps of 1847 from the first British Commonwealth of which only 26 copies exist. Each such stamp can be valued at approximately £900,000.

In the category of collectibles, cars are the best performing where the value increased four-folds in 15 years, while, stamps and coins are second best-delivering growth over nine consecutive years. Investors should take care and not buy forged and counterfeited products where they may lose money on exchange rate fluctuations.