Soybean futures higher and canola weaker on decline in exports 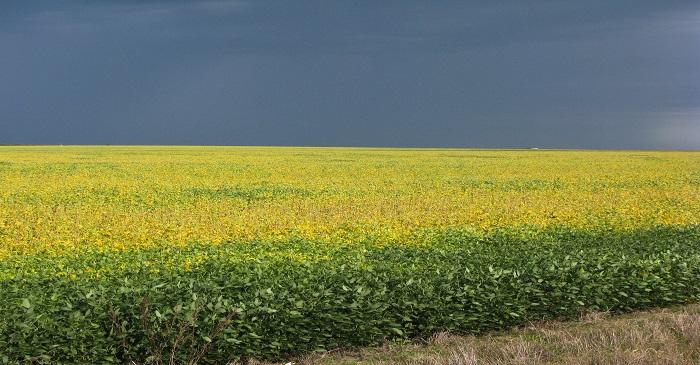 Europe hailed US as the new supplier of soybean in the first week of January where a joint statement by Jean-Claude Juncker and Donald Trump was given to increase trade in such areas in July 2018. EU support to US in November came as a rescue against trade tensions with China. Currently, the trade tensions between China and US have not resolved, while, time is running out to address the problem as it requires bigger structural changes that can take months to resolve.

Even after the announcement of the trade truce, the exports are historically low, and US is undergoing supply excess on the domestic front. Earlier, it was exporting over 60 per cent of the harvests to China but the recent tariffs on commodities have changed the outlook and increased price of many export products.

Imports of oil seeds are mostly opened  by China in the last quarter of a year as it is the harvesting season but the imports to China declined  99 per cent in December to 69,298 tonnes that was the second month with low imports, even though, buying resumed after the truce.

In the last six months, the agreements with EU improved trade to the continent by 112 per cent, where Europe imported 5.2 million tons of the oilseeds. Earlier, it was importing 2.4 million tons in the same time period. Currently, the sale is 40 per cent low from US as compared to last years. EU imported the seeds to increase the production of bio-fuels in 2017 when Europe was producing biodiesel made up of 55 per cent rape seeds, 35 percent palm oil, 6 per cent soy oil and 4 per cent sunflower oil, however in 2018, Belgium increased the use of soy by ten times compared to 2017 for producing biodiesel for the domestic market.

The soft export demand for canola led to decline in contracts where the trade was also affected by the diplomatic dispute between Canada and China. The weakness in Canadian dollar supported the trade and smaller gains were reported in oil futures. The weather problems in South America has been supporting price but the production is expected to gain in other regions where the new harvests are strong in Brazil.

Weather issues have caused uncertainty for the corn growers as well in US and the futures are declining. Even wheat futures were low and forecasts of low temperatures in the Mid- Western regions of wheat have been supporting the price. In case of wheat, Russia forecasts lower exports in 2019 by 1 million tonnes.