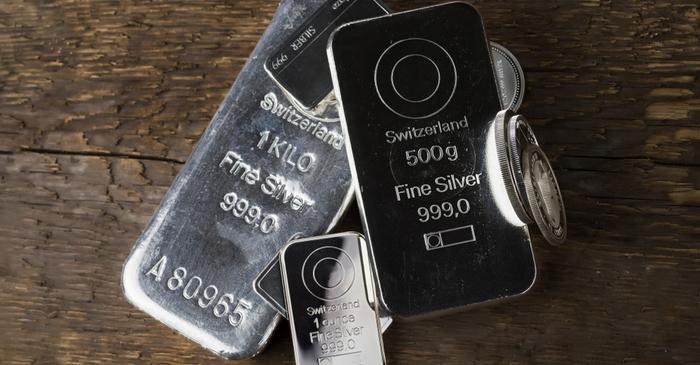 Precious metals are considered a haven in the volatile markets, and some investors are optimistic about such metal trends expecting the white metal to gain significantly once it gains momentum.

The global economy is progressing after the 2018 setback, where the US economy expanded 3.2 per cent in Q1, and the year 2019 had one of the best starts since 2015 where, especially, gold remained volatile and stronger.

The precious metal was marginally low as compared to the 5-year average, where the yellow metal lost 3.7 per cent in 12 months, and silver dropped 10.2 per cent.  The gains in the last part of 2018 extended to Q1 2019, where gold gained over 10 per cent, and silver gained 3 per cent.

Even though the white metal is precious and rare, it underperformed due to poor weak supply and demand fundaments, where it is considered a popular hedge against fluctuations.

Its strongest point is there is a huge value for the metal outside the investment zone. About 55 to 60 percent of the metal goes into industrial processes, and 25 percent is spent on jewellery, utensils, and silverware. Only 15 to 20 percent is invested in coins and bars.

The demand for industrial processes and jewellery applications remained low, and during the secure market uptrend, investors do not seek silver. The metal hit its peak of $50 an ounce in 2011, and it took nearly 5 years for the metal to get to $13.

The current value is $14.89 an ounce, which is almost one of the multiyear lows, where the geopolitical factors are not supporting the price.

Existing Price Attractive for the Investors

At the current levels, silver may not look appreciable, but some investors find the current prices attractive.  The metal is almost 4 percent down from the end of 2018, while, in the past, it lost up to 9 per cent.

Some investors expect it to perform better than the yellow metal. There exists a lack of retail investment in the white metal; while; its physical demand grew 4 per cent in 2019 to 3 year high of 1.03 billion ounces (the SilverInstitute’s World SilverSurvey).

The survey report by Refinitiv finds the metal faces a minor deficit of 29.2 million ounces in the last year, and the IMF expects the global economic expansion to be at 3.3 per cent in 2019, where silver does not constitute the end product.

It does not form the larger part of electronics, cars, or medicines; hence, an economic slowdown will not affect the metal per unit, and the solar equipment that uses it are mostly protected from economic growth, and the solar PV investments are driven by the government policies and subsidies.

The key driver for such investment is ROI, where the World SilverSurvey finds the investment in bars and coins constituted 20 per cent of the total in 2018, while the demand for bars increased 53 per cent, and the production fell by 2 per cent in the last year.