Silver may outperform other precious metals in the year 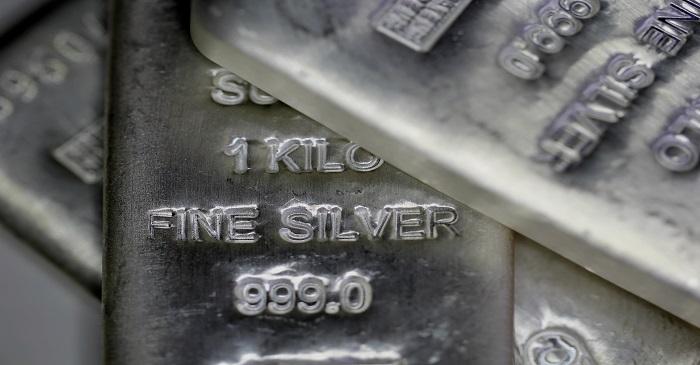 Rising interest rates, gaining dollar and weak Yuan set a phase of volatility during the last few months. It is time suitable for investment in precious metals. Bart Melek, the Head of commodity strategy at TDS during the London Bullion Market Association’s 2018 conference claimed there are various factors conspiring against precious metals but market is under - pricing silver. The trade war between US and China can result in gain in silver prices. Also, the experts do not see the situation like global economy collapsing in the coming months.

The Canadian bank claimed - gold price can reach $1,325 an ounce in the year with a gain at the rate of 7.5 per cent, and gray metals that are gaining momentum, may get the best gains in the coming two years. It believes silver bottoming has completed and the current change in price are similar to the trend of 2001 to 2003, where the metals formed a base for a bull rally and increase was registered in the subsequent years till 2011.

The banks and brokerage at London lowered the gold price forecast of the year but still the prices are expected to gain as per Reuters’ poll. The poll was conducted on 39 analysts and traders. The spot price of gold was at an average of $1,273 an ounce in that year, and it is expected to be at $1,300 in 2019. For silver, the traders expect the prices to be at an average of $15.80 an ounce in 2018 and $16.40 next year. Gold prices lost sheen in November first week, fell 1.5 per cent to below £950.

The gold-silver ratio was at one of its highest in the last 23 years in the month of September but now the traders believe- silver, despite trade war conditions and slow economic growth, can regain some ground. It is expected to outperform gold due to low mining production, lack of new mines and strong retail buying. Analysts expect the ratio between the two metals to drop to 76.5 by 2019.    In September, the gold-silver ratio was 23-year high at 85.

There are a number of geopolitical factors, Brexit, Italy’s economic slowdown, volatility related to US mid- term – that are supporting precious metal prices.

Some believe  the equities sustained higher levels for a long duration,  and now it is expected – that it will go reverse, while, a weakness in the equities can support yellow and white metal.

There exists an inverse correlation between dollar and silver, where dollar crash leads to rise in silver rates. This was seen in 2002 when the dollar fell and silver eventually grew.  Some experts believe   dollar has already gained a lot and, during the consolidation phase, silver can pick up.

If president Trump loses in elections, dollar may weaken significantly, and this can push gold investment demand globally.

To find out more about silver investment, check 99 Alternatives at (http://www.99alternatives.com).