Rhodium, copper and aluminum fluctuate over US mid-term and trade war issues 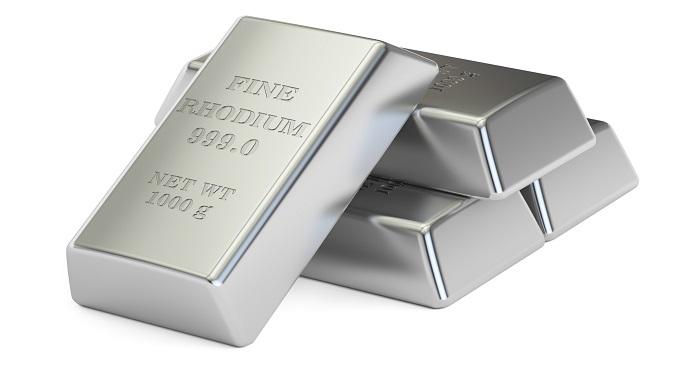 Rhodiumlost in the week due to liquidation by leading buyers where the demand in industrial refineries lowered. The prices dropped in the range $2,370-$2,450 per ounce (from   $2,370-$2,475 range).  The prices fell for the last two weeks where the refiners said the industrial consumers are happy as the prices declined.  The metal has been in balance in the last few years but its deficit is expected after 2020 – due to increase in auto demand and low production in the South Africa mines.

Coppergained at the London Metal Exchange 0.6 per cent to reach $6,193 a tonne in the week. The Friday increase in price was supported by the announcement by the Chinese President to lower tariffs on US goods to promote imports from overseas to improve market access.  Copperhad lost significantly due to concerns over US midterm and change in monetary policies by the US fed.  The metal was down to $6,158 a tonne due to such concerns.

London aluminum prices were high in the week as the Federal court in Brazil upheld the partial shutdown of one of the largest alumina refineries.   The rates were hit by the announcement of US commerce  department that directed to increase anti subsidy duties and anti dumping duties from 96.3 per cent to 176.2 per cent on Chinese alloy aluminum.

US elections expectations where the investors believe the midterm will not have any major surprise led to gain in markets overall, and dollar traded in a narrow range.

The prices of many industrial metals were widely influenced by the trade war in the year, where experts believe the prices are further expected to remain volatile and some analysts say they are bearish on short term metals because there is huge scope for growth in China where the government will ease regulations on metals in the coming months.

In the year, commodity markets were not just hit by US duties on China, even the Russian aluminum producers were hit by US sanctions.

Many industrial metals face unpredictable outcomes due to policy issues where the dollar denominated commodities are getting expensive for other currencies. Further, Fed plans to gradually increase interest rates and it is expected the rates may further increase in the month of December.

If the problem of trade war is not resolved some metals may lose their peaks. China’s Forex reserves fell significantly in the last 18 months and authorities in the country are taking steps to keep Yuan afloat.

There are expectations of talks between US and China but some believe, at this time, the trade issues are far beyond control.  In the year the exports order from China to US fell by 30.3 per cent, where a large position of zinc holdings in warehouse were seeking markets.  This led to downturn in zinc price, which ended three months low at $2,501 a tonne. Aluminum was low 1.2 per cent to $1,951 a tonne.

To find out more about rhodium investment, check 99 Alternatives at (http://www.99alternatives.com).