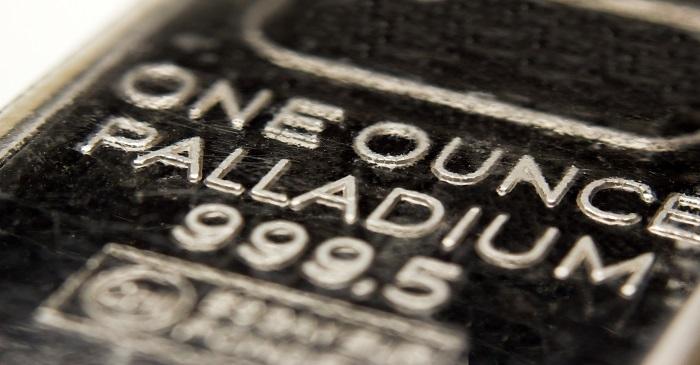 As US plans to get out of the nuclear weapon deal with Russia, the rate of palladium climbed to record high, in the last week of October.  It is assumed the demand of metal will be more as compared to production creating a deficit in the next two years, which can tighten the market of the metal, and many buyers were buying physical palladium in October, instead of ETFs.

Palladiumgained in October due to gain in talks with analysts that the carmakers will be using it instead of platinum for pollution control.  It is mostly used for emissions control where it was trading at the highest levels in last month, since 2001. Such substitution can be required anytime by industries, which mostly depends on miscellaneous factors.

Platinumwas at 10 year low in August and palladium gained but the rates are not sustainable as per experts. The main reason is that the car markets in China are softening and hence, fall in price is predicted in the coming 12 months.

US production of the platinum group metals in 2017 was 16,900 kilograms, having an estimated value of $480 million. 30 per cent of imports into US came from South Africa and about 25 per cent came from Russia, in 2013 to 2016 that produced around 81,000 kg in 2017. Rise in market was, mainly, due to supply concerns and US trade tensions with Russia, which is one of the key producers of the metal.

In the last week of October, gold gained as US market stocks lost and there were concerns such as rise in political and economic uncertainty, Italy budget   and trade war which hit equities. Palladiumgains with the support of new demand from China car market in the month of October and gold gained due to increase in demand during Diwali.  Spot gold was at 0.78 per cent higher to $1,230.97 an ounce and future at $1,236.80 per ounce.

The world markets dipped in the start of November due to low corporate earning, Italy finance issues and Saudi Arabia issues. Gold price was supported by the series of events –

The European commission directed Italy to prepare 2019 budget and weakness of Europe, Turkey and Middle East markets. The EC prepared to tighten policies of easy lending as the budget 2019 session of Italy is nearing and Rome is expected to present new documents in 3 weeks from now.

Rise in interest and housing market concerns grew fears of recession. The concerns over increase in interest rate  ( that increased 3 times in the year) led to higher  yield through  treasury bonds which stood at 3 to 3.5 per cent ,whereas, Dow return is now at 2.6 per cent, on an average.

Inflation is low, employment 49-year high, markets are witnessing growth in corporate earnings and interest is still below expected – these factors will avert recession like risks in share trade.

To find out more about Palladiuminvestment, check 99 Alternatives at (http://www.99alternatives.com).