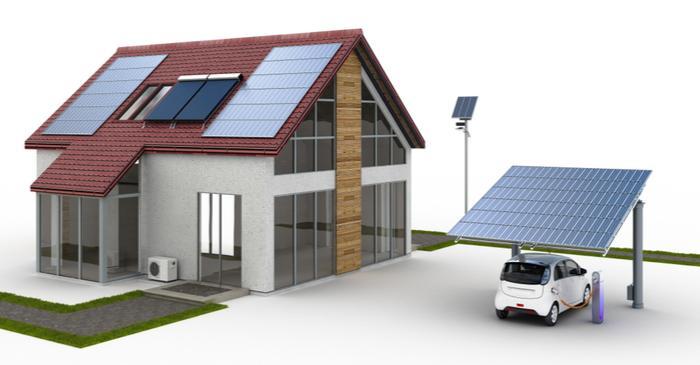 An increase in the use of fossils in some countries led to an increase in CO2 emissions globally by 1.7 percent (IEA).  There is a need to reduce such emissions in a cost-effective manner and experts are working on pioneering projects to achieve the goal.

In Scotland, researchers have identified sites council facilities and parks where the solar battery powered vehicle could be charged. The vehicle to grid technology is for smart charging hubs, and grid-friendly infrastructure has been designed to raise consumer confidence and provide ways to earn through such systems.

The Scottish government is planning to get rid of petrol and diesel vehicles by 2032, and the UK, by 2040. There will be around nine million such vehicles on roads by 2030 in the UK, and the plan will contribute to smart cities, charging and grid management systems.

The new hydrogen PVs have been designed by researchers at the Katholieke Universiteit Leuven Belgium where moisture in the air could produce 250 liters of hydrogen gas in a day using sunlight.

This can produce heat and electricity to meet the winter requirements and still generate spare electricity. The prototype has been implemented in the laboratory and soon will be tested in a real-world setting for the risk of accidents – which should not exceed that of natural gas.

Globally, the energy consumption doubled since 2010, and China, the US, and India account for 70 percent growth in demand. The demand is driven by a growing economy, higher heating and cooling requirements in these countries, and the top choice for fulfilling the demand is natural gas.

China is working towards harnessing solar power in space for meeting its demand. Such systems can get energy without disruption from atmospheric conditions, or change in climatic conditions, or poor production in low sunlight or dark.

China will be installing the satellite that will collect the energy in space and convert it into solar cells to produce energy like laser beams. The scientists in the country are already testing the technology and are preparing to install such a facility by 2050.

It is stated that the technology is available with the US, and China lacks it, but it is working in the area.  China is spending around $10 million in this program as there are many other military and strategic uses of using such technologies.

Due to a number of politico-economic factors China and US imposed trade tariffs that led to a clash in trade relations in 2018. Both the countries are seeking a deal to restore trade relationships but there is disagreement where it is believed that the US president is pushing China to purchase more.

China’s demand for energy has been rapidly increasing and it has offered to buy $1.2 trillion energy products, agricultural goods, and aircraft products from the US in six years.

Investors in both the countries are expecting a positive deal but some unauthorized reports claim the US wants to double $1.2 trillion proposals. The US trade deficit with China has been increasing where it posted $891 billion trade deficit on March 6.

Beijing will not be buying Boeing Jets from America and it is not allowed sensitive technology and defense products. Experts assume a long term view is required to rebalance the trade equation.